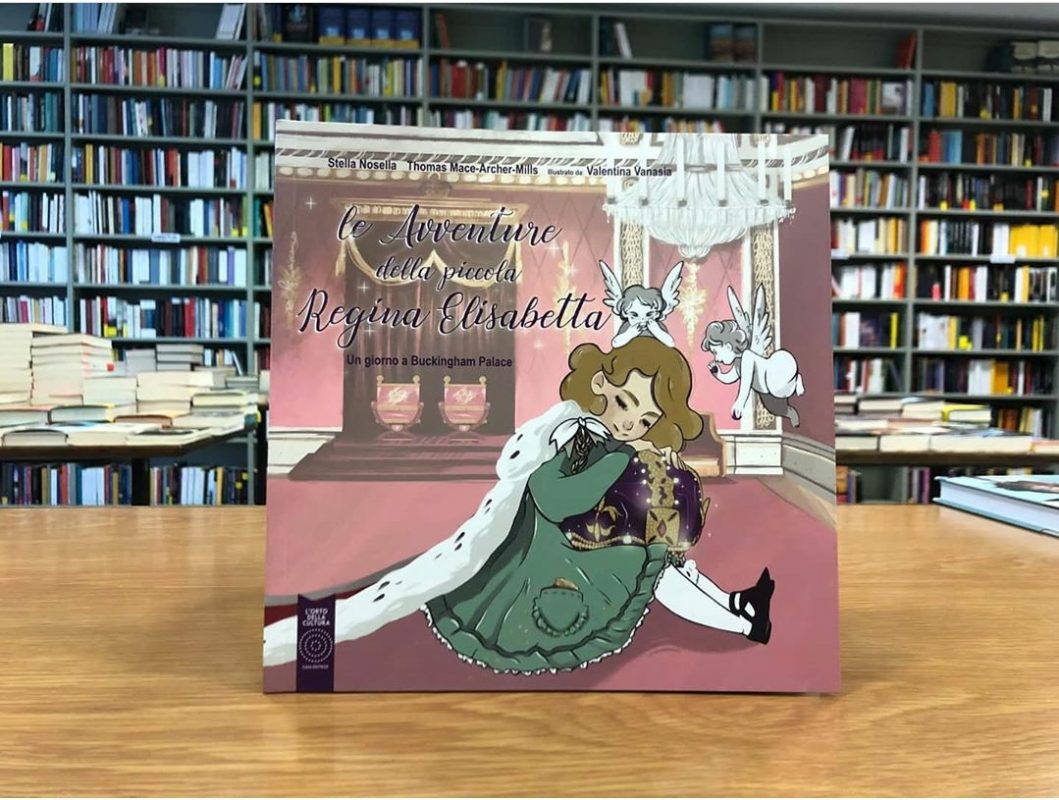 On Accession Day, 6 February 2020, Her Majesty, Queen Elizabeth II was feted around the
world in observance of the 68 th anniversary of her accession to the throne. Despite the Queen
somberly marking this day at her private residence of Sandringham House in Norfolk, she
was honored in grand style within her capital city with a lavish, star-studded who’s who of
London’s political elite in attendance at the city’s Private Members Club, M. Honoring her
life-long service and dedication to her people around the world, Royal Expert, historian,
media personality, and award winning author, Thomas Mace-Archer-Mills, hosted a
glamorous, luxury event which launched his latest literary creation, The Adventures of Little
Queen Lilibet, dedicated to Her Majesty, the Queen.

As prosecco flowed and canapés were served, British celebrity magician, Mr. Reuel Singh,
was introduced to the attendees by master of ceremonies and British Toastmaster, Keith
Reading, who then entertained the crowd with his awe-inspiring magic tricks of mind control
and reading powers. Individuals from around the globe attended to hear Mace-Archer-Mills
speak, take photos with him, and witness the launch of his new educational children’s series,
but not before international delegates and VIPs arrived such as Panamanian Senator, Ana
Irene Delgado – former Panamanian Ambassador to the Court of St. James, Royal fashion
designer, Omar Mansoor, celebrity presenter and journalist, Ms. Trish Lych, internationally
acclaimed Panamanian children’s author Irene Delgado, Miss Valerie Peay of the
International Observatory of Human Rights, The Rev. Lorelei Bach from America, celebrity
fashion photographer, Lisa Lobanova, Mr. Aamir Haroon of the Conservative Voice of
Persecuted Christians, and Chelsea business moguls Matthew Bartell and Michael Messaritakis, co-owners of Thread & Co., High Street Kensington to name a few.

To begin the evening’s speeches, a thoughtful and impassioned letter from Mr. Stuart
Andrew MP, Vice-Chamberlain of the Royal Household, was read aloud by Alexander
Shayler, Chief of Staff to Chris Loder MP. The letter from the Vice-Chamberlain outlined the
importance and place of Her Majesty in the world, giving importance to her dedication and
sacrifice to the betterment of her people. He continued by acknowledging, “…how dedicated
Mr. Mace-Archer-Mills is to encouraging and enhancing an understanding of our monarchy
and our nations rich royal history. Thomas has an in-depth understanding of our royal family
that is unmatched, and I am delighted by the release of his new book, “The Adventures of
Princess Lilibet – A Royal Day Out”.

A lovely and supportive greeting in the form of a pre-recorded video message from British
Monarchists Society Patron, His Highness, Prince Mario-Max of Schaumburg-Lippe, was
played for those gathered which added an extra little bit of Royal celebrity atmosphere to the
already royal themed evening. Prince Mario-Max offered his best wishes for a successful
evening and conveyed his excitement for Mace-Archer-Mills and the success of this new
educational children’s series.

Sir David Amess MP took to the presenting area to speak about the importance of Royal
education and how important it is that children be exposed to the importance and education of
The Crown within the current educational system. He further went on to praise Mace-Archer-
Mills on his outstanding ability to both further education for children and adults alike, as well
as honour Her Majesty in such a thoughtful way, which would only add to the value of her
already great legacy. Sir David states, “Our Monarch is an icon frankly, she is known all over

the world and I think for children to understand her journey is wonderful. Now is the time for
young people to understand how lucky we have been to have the Queen for all these years. I
think it is a great idea to produce this book”. Sir David then introduced Mace-Archer-Mills,
creator of The Adventures of Little Queen Lilibet series.

Being not only a symbolic, but a very special day, Mace-Archer-Mills welcomed those
gathered, paid tribute to the speakers before him, and explained the importance of Accession
Day, what it meant for the nations of which Her Majesty is Queen, and what it still means to
the Queen 68 years later to the day. He regaled the audience with a wonderful and well-
planned slide show and commentary which corresponded with the creation of his new book,
the concept behind it, and the painstaking accuracy which incorporated the historic
architectural inclusivity of a 1930’s Buckingham Palace. Explaining the process of
collaborating with his Italian friends to make this project a reality, celebrity children’s co-
author Stella Nosella, and illustrator, Valentina Vanasia, Mace-Archer-Mills continued to
give those gathered a well-documented history lesson pertaining to each of the characters
appearing in the new book series, along with little known and fun facts of Buckingham
Palace. Ending his speech with a dedication to the Queen, Mace-Archer-Mills concluded the
official portion of the evening with the Loyal Toast to Her Majesty, His Highness, Prince
Philip, and the Royal family. Thanking his friends and family, with a special nod to his
grandfather, Cpl. George A. Mills of the Grenadier Guards (Ret.) who was in attendance, the
evening carried on well into the night with filmed interviews being conducted, photos being
taken, and those assembled enjoying the food and drink of one of London’s top, award
winning restaurants and private members clubs.

About The Adventures of Little Queen Lilibet:
This new and historic book series begins with the first title, A Royal Day Out, which
introduces Little Queen Lilibet – the woman we have all come to know as Queen Elizabeth
II. Set in 1934, “Lilibet” visits her Grandparents, King George V and Queen Mary at
Buckingham Palace. Going about the normal routine for a young Royal, Lilibet finds herself
torn between what is right and wrong as she enters a secret door within the Palace, thrusting
her into an enchanted adventure throughout the Royal structure and its gardens. Talking
statues, interactive paintings and hungry Windsor Grey horses all teach Lilibet about her
family and her place within the world, but it is Lilibet who must come to terms with a
decision which she knows could put her in deep trouble with the King. Discovering family
links, learning about history, and accepting responsibility for her actions, are what makes this
series fun and exciting for the entire family. There is a lot to be discovered and learned by
children and adults alike within the pages of The Adventures of Little Queen Lilibet: A Royal
Day Out.

This title is available to pre-order in the English language and is now for sale in Italian by
visiting www.littlequeenlilibet.com.