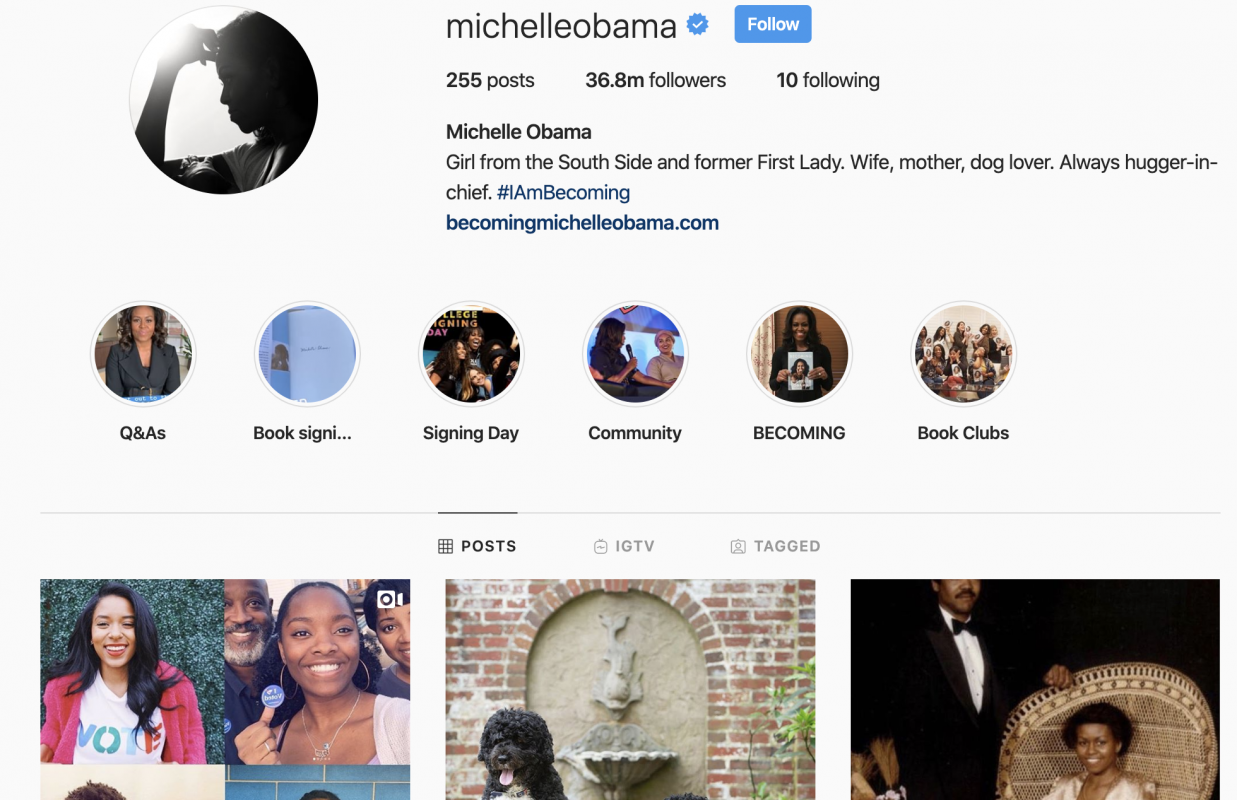 Michelle Obama And Her Fabulous Netflix Deal, Power And Success

People are seeing a surge in Michelle Obama’s popularity. Is it because she was the first African American Woman First Lady? Is it because of the Obama’s new Netflix production deal? Is it the 2020 election with talk of her as a Vice Presidential Candidate? Could it be all of the above?

I can say I don’t know exactly why. I am not a Democrat or a Republican. I’m an independent journalist.

Here in Black History month is it a time to explore why and to honor the former First Lady. Yes, of course. It is written give honor to those due honor. So what do I know? This is a woman who is first and foremost a woman, a wife and a mother. Then she is the Black First Lady, attorney, Netflix series producer and more. When one travels the inner-city schools and talks with children of color, they will tell you and for such their parents the deep meaning of Michelle Obama as the First Lady. Much like her husband one can look up at all the pictures in the history books and see nothing but white old men’s faces as president and then there is Obama. It is something kids of color can actually say, yes we can. Yes it does that inspire kids? One can say for sure it inspires kids, their mothers and their families. It shows America is a place where anyone can get elected.

Can a case be made for Michelle Obama to be a candidate? One might think it almost foolish not to consider her. Credit where credit is due. The Obama’s are great campaigners. Hands down they beat every challenge of Hillary Clinton, McCain and Romney. They serve not one but two terms of office.

Many may ask why Netflix? The Obamas have several people from their administration who are in leadership and on the Board at Netflix. So, in Hollywood it is all about relationships and therefore it is natural for the Obamas to do a production series deal with Netflix.

No question with the ability of storytelling. Like or dislike her, one can easily say Michelle Obama is very expressive in a dozen different ways.  That is a large part of production, movies and television. The Obamas already told an audience of American voters and painted a vision and politics is much about telling an audience a story. American is a place where all of our story past and present has made us who we are. It often defines a moment in history and determines a path for the future. Michelle has a chance to continue to leverage her popularity with her book deals and Netflex productions to fulfill her desire with inspiring and changing people and saving lives. Will the subjects be on race, civil rights and Black experience or take on an high calling that goes deep and unlocks a new people to people dialog. Michelle Obama’s popularity says maybe she can. Will she abandon that pathway and jump back into the political scene and end up as a running mate in a brokered convention? Power and fame is a funny thing. It seldom last very long. The real key is how to leverage it for helping others. Maybe that is how Michelle Obama has kept her popularity. Michelle Obama has earned honor not just because its Black History Month but because of all the days she has served and inspired young kids and women and charted a path forward for them not just for a month but for history…our history.