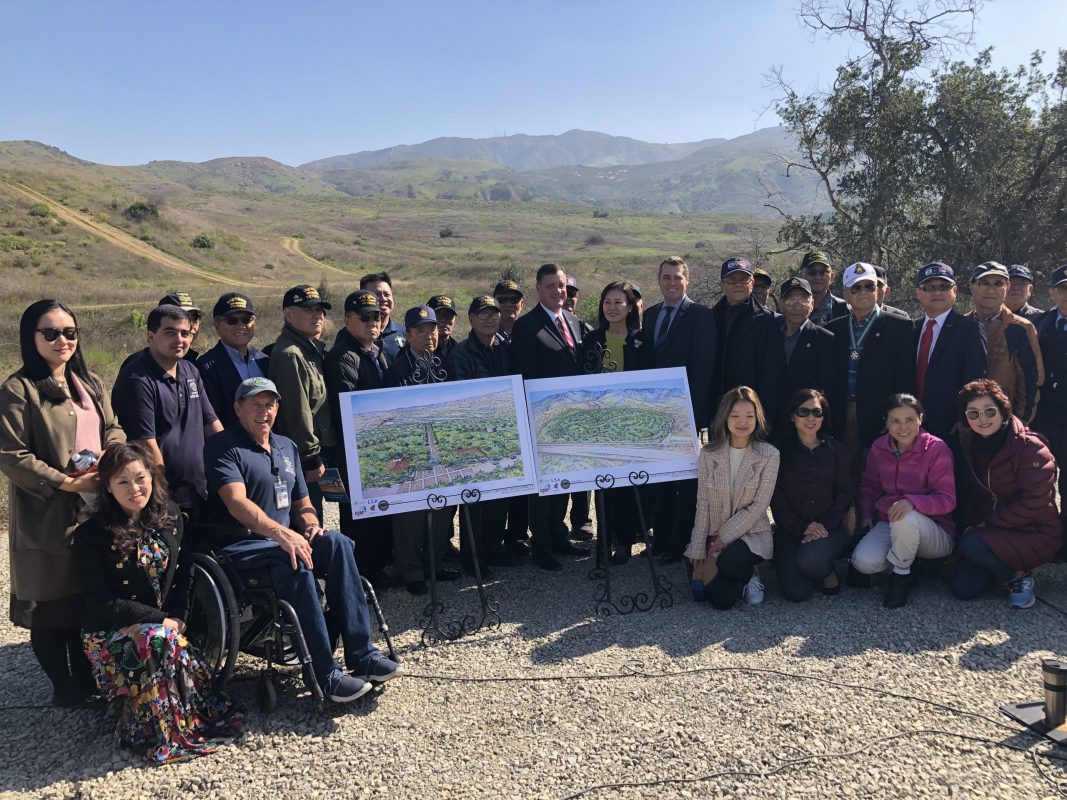 Honoring Our Beloved Veterans With A Place Of Rest

One might ask how do we honor our veterans? Is there a time and place? I have supported veterans my whole life so I took interest in the veterans cemetery issue and especially as Asian New Editorial Director as something that deeply effects the Asian Community.

Some back ground and history for our Readers of Choice. There has been an issue for creating Americans would say yes we should honor our veterans and build a cemetery. But then the questions begin to arise of where and when. The issue has become a bit more complex in Orange County. First, there are rules for governing a veterans cemetery the creation and maintenance of a veterans cemetery imposed by the Veterans Administration. The Veterans Administration has faced issues as a not so efficient run part of the United States Government. Second, one cannot build a veterans cemetery less than 50 miles from another. Current proposed locations are less than 50 miles from Riverside National Cemetery where my father William J. Rafter is buried.

A little more background, after the Marine Corps Air Station El Toro Base Closure some many years ago there was a referendum for a county wide vote for either an international airport or a Great Park of Orange County on the land granted to the county. After a heavily contested election the Park was voted in to the creation of a Great Park of Irvine under the City of Irvine jurisdiction and Great Park Commission and soon after some $50 million USD of county tax payer monies and some $200 plus million USD developer funds were granted. As it turned out the money nearly vanished without any real development of what became a not-so-great Park. Those in power after the money ran out thought no one would oppose a veterans cemetery and they would have a new source of sustainable revenue on the US Taxpayer. But they forgot the most important thing.

Their constituents and resident taxpayers many of which are Chinese and Korean Americans and County Residents who objected. The Asian Community because it violated their Feng Shui and the county residents because they did not vote for a cemetery. They voted for a Park. A cemetery would drastically effect and lower property values.

There were numerous Chinese Americans mostly Irvine residents at press at the conference to show their support for our Veterans and this location. Renderings and rides around the proposed 280 acre site brought a reality that this is the best place in Orange County for OC Veterans. There were strong eloquent speeches and every question asked of our elected officials was answered. Supervisor Wagner pointed out that part of El Toro can be brought here. The veterans loved hearing that. Supervisor Steel that the project is moving forward and it is a perfect location. Tim Deutsch stated the Irvine site will not work. That the Anaheim Hills site is a positive opportunity and that the site could host all OC Veterans for the next 100 years. Let us hope there are no more wars and such is not needed.

For more information and support of the veterans cemetery initiative in Anaheim Hills contact: