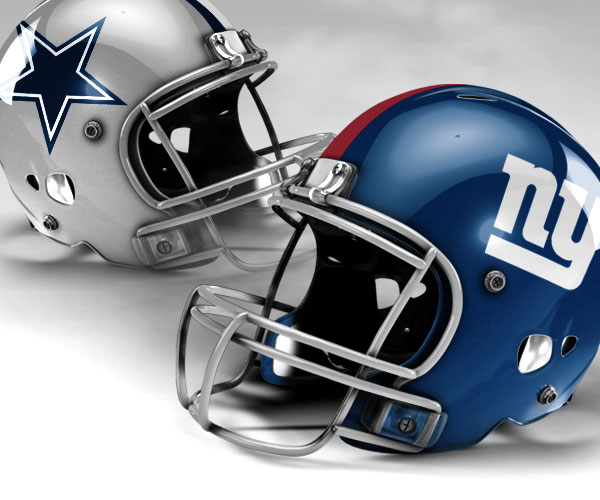 Mad On A Monday Night. The Football Highlights From Metlife Stadium In New Jersey.

Tonights Football Highlights: The Scene was set for a beautiful night of football at Metlife Stadium in New Jersey, with a heated divisional rivalry between the 4-3 Dallas Cowboys and the 2-6 New York Giants. The Cowboys needed to beat the Giants in order to remain at the top of the division after the Eagles Sunday win against the Chicago Bears.

Best Running Backs. The one match up I was looking forward to seeing was the battle between the elite running backs Ezekiel Elliot and Saquon Barkley. Ezekiel Elliott entered Monday’s game with 602 rushing yards and 6 rushing touchdowns, while Barkley entered the game with 373 rushing yards and two rushing touchdowns. Saquon did miss some game time due to an injury he suffered in the week three win against the Tampa Bay Buccaneers.

First Play Pick. Dak Prescott had a rough start as the first play of the game was an interception by Antione Bethea giving the Giants great field position, but the cowboys’ defense came up big and kept Daniel Jones and the New York Giants short of the end zone forcing the Giants to settle for a field goal.

Field Goals. After trading field goals the Giants broke the tie with a one yard passing touchdown to Cody Latimer, followed by a missed extra point attempt by Aldrick Rosas.

Another Turnover. For a second it looked as if the Cowboys were going to go down the field and score but then on a 3rd and five play Jabrill Peppers forced a fumble on a passing play to Randall Cobb, and the ball was recovered by Antione Bethea.

More Field Goals. After the turnover the Giants took advantage with a long series that resulted in a field goal bringing the score to 3-12 in favor of the Giants.

Touchdown. The Dallas Cowboys came back with Dak Prescott throwing a 42-yard touchdown to tight end Blake Jarwin bringing the score to 10-12

Picked Off. During the following drive Daniel Jones was picked off by Xavier Woods. The Cowboys ended the half with a 52-yard field goal by Brett Maher taking the lead 13-12.

Turnover. After trading punts at the beginning of the second half Daniel Jones tried to rush for the first down on a 3rd and six fumbling the ball after a hard hit by Woods. The ball was recovered by the defense giving the Cowboys good field position.

Another Field Goal. Off the turnover the cowboys took advantage of the good field position. Setting up an easy field goal for Brett Maher the Cowboys extended their lead to 16-12.

Monday Night Fights. Tempers flared up as Daniel Jones was pushed close to the sideline by Xavier Woods causing Jones to fall backwards into a sound guy. Even with the taunting penalty on Woods the Giants couldn’t find the end zone and settled for a field goal.

Tick For Tack. After the amazing catch and run by Michael Gallup to score a touchdown, the Giants weren’t ready to roll over. Saquon Barkley broke off a 65-yard reception to bring the Giants to the Cowboys five-yard line. After the explosive gain the defense didn’t budge an inch and Rosas kicked his fourth field goal of the game.

Runaway. The fourth quarter was all Cowboys as they continued to run up the score with a touchdown pass to Amari Cooper. Amari Cooper joined the Cowboys last season, and has looked like a true number one wide receiver since arriving.

Going Down Swinging. It was a hard-fought game. A lot of words and emotions were left on the field. The referees having to break up a handful of fights. Reminisce of the old Giants and Cowboys. The Giants looked like they had a fighting chance early, but once the cowboys worked out a few kinks, they rolled to an easy victory in the second half. The Cowboys knock out the Giants and remain number one in the NFC east.

Aaron Castle
Sports Editor Football at Newstodayworld.org on GOOGLE NEWS
Aaron Castle is our Los Angeles based American national sports editor and an accomplished actor. He graduated from the American Musical and Dramatic Academy with his BFA in Acting. Aaron loves to cover football, and is one of the best Sports reporters about latest NFL news.