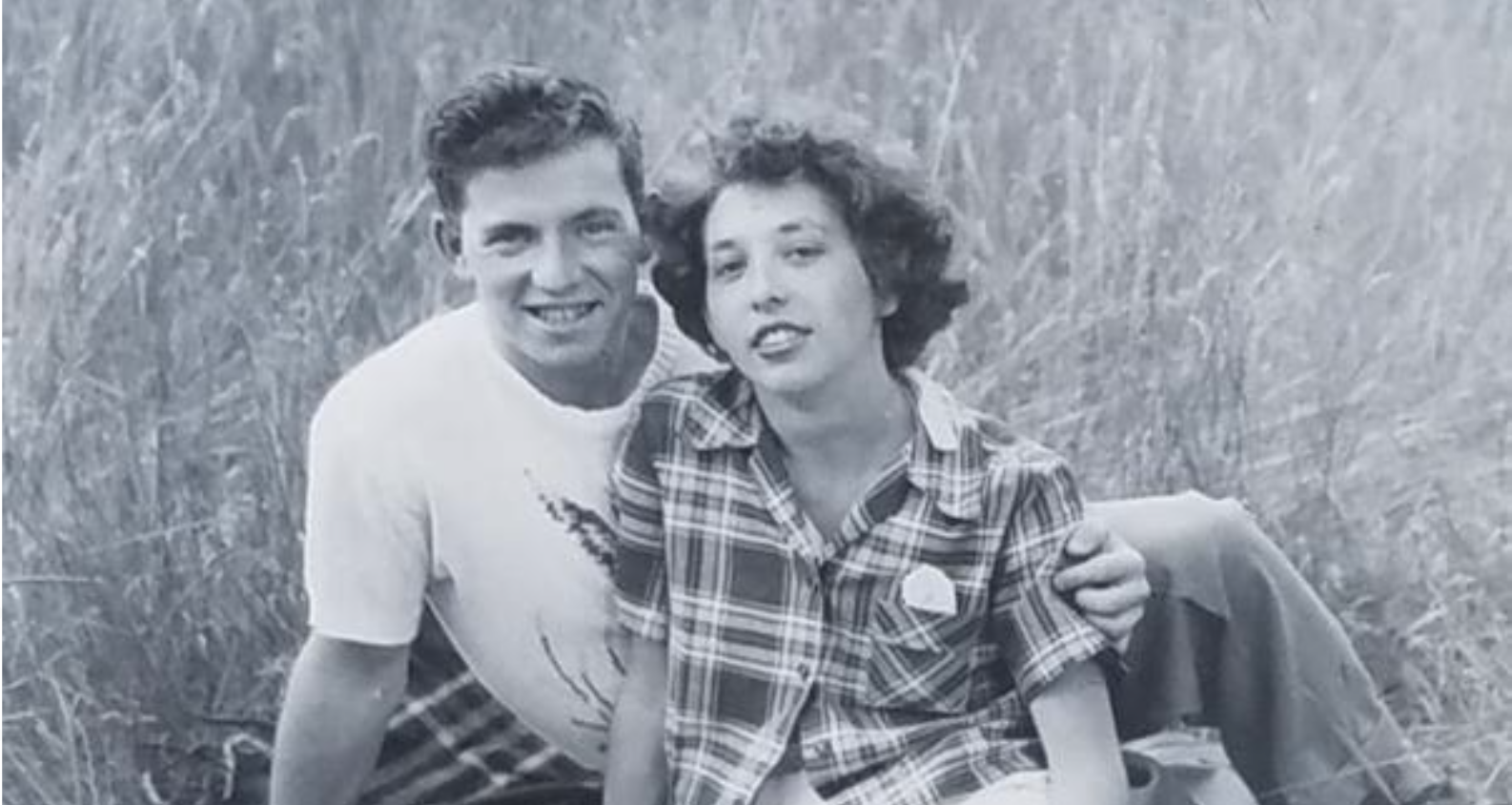 As Queen Elizabeth, The Queen Mother had publicly proven with her grandson Prince
Charles, there is no greater bond between a grandparent and a grandchild, especially by those
who take an intensely keen interest in the rearing and development of their young kin. For
one well-known celebrity Royalist and media presenter in particular, the love and direction of
his beloved grandmother helped to create the man he is today. It was her care for, and
direction of her grandson, along with admiration and reverence for Her Majesty, that helped
Marjorie Althea Duggan impress upon her eldest grandchild, Royal commentator, expert, and
historian, Thomas Mace-Archer-Mills.

Exploring the royal relationships between grandparents and grandchildren of the British royal
family, Zeitblatt Magazine was given the opportunity to speak with Mace-Archer-Mills about
the upcoming Platinum Jubilee of the Queen, his latest royal musical endeavour, and the
Royal relationship between Queen Elizabeth, The Queen Mother, and Prince Charles as The
Prince of Wales continues to await his chance to be seated on the throne as his mother, The
Queen, continues to reign on. Our interview was paused for an emergency phone call which
made the context of the grandparent/grandchild portion of our interview more relevant.
Known for his years of Royal commentary, Royal projects, and most recently the creation of
the Royal Platinum Jubilee Anthem he has created in celebration of Her Majesty’s historic
milestone this year, Mace-Archer-Mills learned of his beloved grandmother’s passing during
our time with him whilst visiting Her Majesty’s Realm of Jamaica. This devastating news
forced Mace-Archer-Mills to not only pause his participation in the celebration of his latest
project, EIIR: The Platinum Record, A Jubilee Anthem, but to immediately suspended his
Platinum Jubilee Realms speaking tour in order to return to his hometown of Bolton Landing
on Lake George, NY.

Journeying to a most historic area steeped in British history, founded on land grants from
King George II, Mace-Archer-Mills arrived in the area of his birth to support his small yet
close family, where he turned his concentrations towards honoring the memory and life of his
late grandmother. One of the greatest sources of support and encouragement in his life,
Marjorie was instrumental in the progression of the life of Mace-Archer-Mills from infant to
adult, an English influence who always wanted the best for her grandson, whilst supporting
his dreams and associated talents. Helping to shape him from an infant, Marjorie and her
grandson shared a very close bond, much like that of the Queen Mother and Prince Charles.
Wed to her high-school sweetheart, Leo P. Duggan in The Queen’s coronation year of 1953,
Marjorie passed recently during Her Majesty’s Platinum Jubilee year of 2022. Marjorie was a
sun loving tea drinker who always dressed her best for her husband and her family. Taking
cues from the Queen and always commenting on how lovely and cute Royal fashion was,
Marjorie enjoyed being outside in the country, and felt at home around horses, dogs and
animals, as her parents were the landowners of a working farm which provided for Marjorie
and her six siblings. A town-goer, Marjorie always dressed to impress with her high-style
fashion sense and wide range of jewelry to accentuate not only her slender figure, but her
keen color and accessory coordination. With handbags, shoes, and accessories galore,

Marjorie was a humble being despite her love of fashion and jewelry. She was a woman
who valued her family, and treasured the time she spent with them, whilst working within her
various vocations which were naturally afforded to her. Retiring in 1992, Marjorie devoted
her time to caring for members of her family when needed, in addition to spending valuable
time with her grandchildren.

Mace-Archer-Mills is the eldest of only two of Marjorie’s grandchildren, the one that took
most of her interests, love, and teachings to heart. Mace-Archer-Mills recalls, “My
grandmother was always taking a keen interest in my education and hobbies, from drawing,
to theatre, to history and writing. Be it from a child doodling at her table, to a university
student writing for magazines, I would always jump at the chance to spend time with and at
my grandparents. When I was a little child, I could always be found with my grandparents,
helping with various errands, raking leaves, and helping with housework. Being with my
grandparents was a refuge and sanctuary for me. I think it would be fair to say upon
reflection, that most of my likes such as history, the sun, tea, television programming, and the
Queen in fact were bestowed upon me by my grandmother”.

In further discussion with Mace-Archer-Mills, he went on to describe various fond memories
of and with his grandmother, subtlety choking back tears as he recalled his childhood days of
back-yard poolside frolics and tanning with his grandmother, tea parties, visits to his great-
grandmother’s farmhouse, and various visits to beaches and the seaside. Lunching was a
great past time of the grandmother/grandson duo, as well as taking tea, discussing the Royal
family, and outlining the various activities they would plan to engage in upon his next return
to America. It was conveyed to Zeitlblatt Magazine that Mace-Archer-Mill’s international
interests, education, and life was originally funded and nurtured by not only his mother
Regina, but indeed his grandmother and grandfather, who continued to encourage healthy and
life-long interests in languages, the arts, travel and his international lifestyle, where Mace-
Archer-Mills has rediscovered and returned his family’s British roots.

Mace-Archer-Mills recounts, “As a child I was always with my grandmother. It was not just
fun to be with her, but a privilege. I learned so much from her and have so many memories
that I will always cherish. Some of the best memories I have include her mother, who passed
at nearly 102 years of age, where we would engage in discussion and discovery of our family
and our origins, as well as topics relating to the Kings and Queens Britain during her
lifetime. It is these family times that helped identify my interest in history”.

He went on to illustrate, “My childhood, and even my adult life, was carefree whenever I was
with my grandmother. When I would have sleepovers, my grandmother would spoil me to the
core, as well as my grandfather. She would make my favourite foods, which looking back
were her favorites as well. She would always make sure we had popcorn for evening
television programming and plenty of tea and biscuits for during the day.

As I grew older, she was a constant in my life, keeping everything as I knew it to be, and where my career was concerned, she might not have understood all that I was doing, but she knew I was at least doing something”.

The discussion of memories involving Marjorie and her interests were the main topic of
conversation with his family as Mace-Archer-Mills worked tirelessly alongside his Mother
Regina, and Uncle Michael to best honor his grandmother’s life and memory. In preparation
for calling hours and a funeral the morning after, Mace-Archer-Mills created a beautiful
video montage of photos and memories from Marjorie’s life, which was set to the well-known

songs of Dame Vera Lynn, such as “Well Meet Again and I’ll Be Seeing You. More
contemporary songs from Westlife, “Seasons in The Sun” and “I will Remember You”, by
Sarah McLachlan, also featured in the 15-minute video which played on a loop in a
resplendent reception room adjacent to the parlor in which Mace-Archer-Mills and his
family received hundreds of guests who called to pay their respects.
Greeting those present, thanking them for their attendance, and recalling the warm defining
attributes of his grandmother, Mace-Archer-Mills’ eulogy at the morning funeral for his
grandmother was a moving, yet composed tribute to a woman who meant so much not just to
her grandson, but her family, and the town in which she lived. With the Vicker listening
intently, and nodding several times in agreement with his words, Mace-Archer-Mills was able
to use his eloquent abilities to convey an appropriate reflection of his grandmother to those
gathered. Describing Marjorie as a lovely and humble being, who was more concerned about
her family than herself, Mace-Archer-Mills used the sunny morning weather to parallel a long
life, decorated with his own memories of being in the sun with his grandmother. He went on
to speak of his relationship with her and his grandmother’s love for her family with a
touching hope that he and his brother were able to provide enough love and memories for her,
as they were the only two grandchildren due to unfortunate circumstances which prevented
anymore grandchildren being born to her family. In closing, Mace-Archer-Mills used the end
of the day and the imagery of beautiful sunsets as an emotional metaphor to say goodbye to
his darling grandmother. There was not a dry eye in the Church, as a physically moved
grandson re-joined his grieving family in the first pew, whilst the organ pipes sounded, and
the congregation stood in respect for a fallen matriarch who was clearly loved and adored
much in the same ways in which Prince Charles felt for The Queen Mother.
As The Prince of Wales gave such a resounding tribute to his grandmother during her funeral,
so did Mace-Archer-Mills give to his. In the lessons we learn about life and death, regardless
of being Royal or not, life is precious and not to be taken for granted.  For the years that
Mace-Archer-Mills has come and gone from America to England and back, his grandmother
has always been at the forefront of his mind. “There is always a thought at the back of your
mind when leaving your family, that it could very well be the last time you see them,
especially those older in years. At 91 years of age, I just expected my grandmother to keep
going as she said and promised me that she would when I last said goodbye to her. I guess
this time in saying goodbye and expecting to see her upon my next return, my luck just ran
out. This is the heartbreak I bear”. From the happy stories about his grandmother Marjorie
that Mace-Archer-Mills has shared with Zeitblatt, one recurring theme keeps making itself
present. Love. It is the love of our family and the love of life that illustrates how fragile we as
humans truly are, especially as we are faced with our own mortality. Eventually all good
things come to an end, and we must say goodbye to those closest to us. This is a fact for
everyone.

As Her Majesty the Queen grows older, and in this celebratory year as we look back on her
70-year reign and 95 years of life, it becomes clear that all good things eventually come to an
end as the sun begins to set on the things that we as individuals have come to love, know, and
respect – so was the story of The Queen Mother, and each Royal grandmother that has come
and gone before. As the Queen has evolved, grown, and matured; rearing children whilst
reigning over her Kingdoms, her youthful image has gradually matured into the woman we
have come to know and revere as the grandmother of the nation. Like all grandmothers, Her
Majesty holds a special place in the hearts of her family, especially those of her
grandchildren. In drawing strength from the wise words of Her Majesty, The Queen, that seemed to give him the strength and courage he needed, Mace Archer-Mills reminded us within the last line of the eulogy he gave for his dear grandmother that, “Grief is the price we pay for love”.

We here at Zeitblatt Magazine offer our heartfelt condolences and deepest sympathies
to Thomas Mace-Archer-Mills, his mother Regina, uncle Michael and aunt Pamela, and
his brother Anthony on the loss of such a special and influential person who helped to
create the man we have come to know as “Mr. Monarchy”.