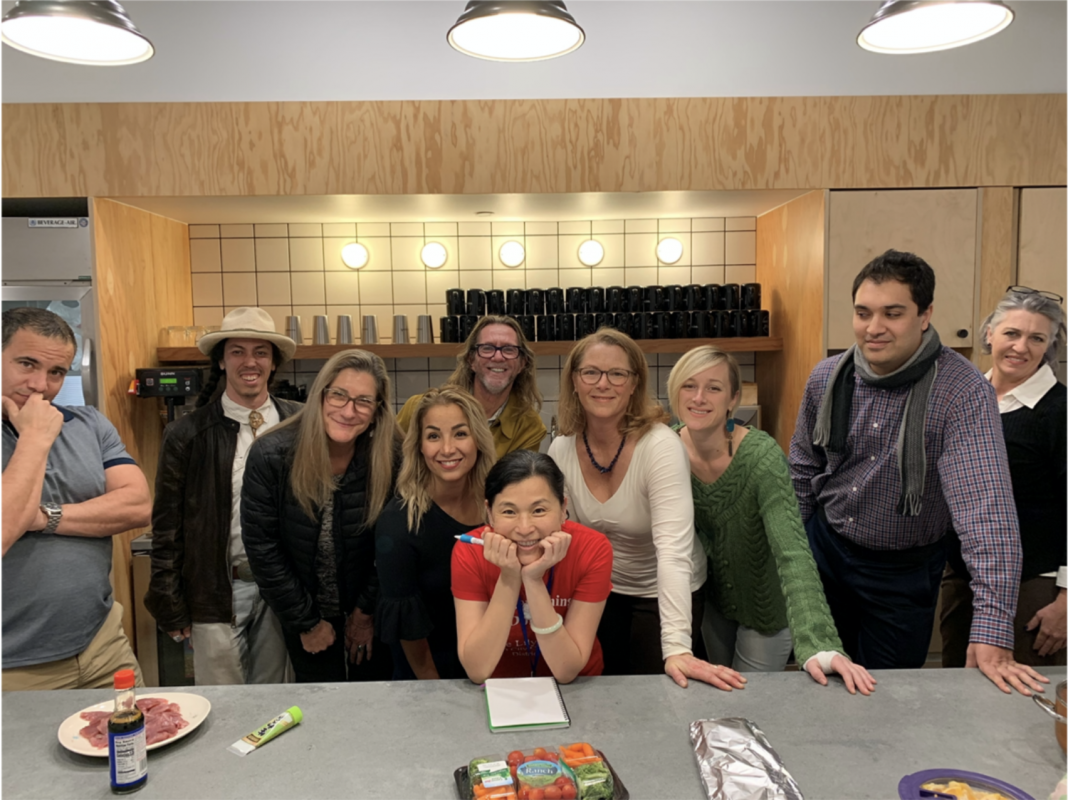 Every once someone crosses our path and we take note. Someone who the community as whole likes and even loves. A person that every time we go to that community that person’s name comes up in conversation and always in a warm endearing way. Lily Zhou is that kind of person. Ever since she arrived “off the boat” Lily has been making friends and serving her family, friends and greater the community at large.

Lily migrated from China empty-handed and without speaking any English when she was 17.  Lily raised three successful children (which is a feat with all the bombardment of influences in today’s world) and taught at San Diego State University (“SDSU”) for three years to 408 undergraduate and MBA students. In my travels to San Diego I have had the pleasure to meet several of Lily’s students. They simply love her and not just as a professor, but some say they learned more about watching her. They tell me that they know Lily as someone “who gets things done.” Lily created a real consulting company and let the students run it. The students I interviewed said, it changed their life. Lily has a strong background building many companies and selling three. Lily launched the first Chinese Television on mobile phone in October 2005.  Lily she would not tell most people these things. It is her service as a community volunteer since moving to San Diego County some 20 years ago that people talk the most about her. Lily served on many both for profit and non profit boards such as NSDCAR, HOC, and GIC.

When I first met Lily she was engaged in doing a Chinese Culture Event at a San Diego Padres professional baseball game. I noted that while seeking the American Dream Lily was remembering her China side and promoting true cultural exchange in a major public forum. Moreover, most of the people involved were Americans! America is “the land of opportunity” and Lily wanted The American Dream. Lily says, America has made my dreams come true, and Lily just wanted to serve and give back all that America has given her. Lily’s core philosophy is being for people. Empowering the people and serving the community and now so many have convinced her “get things done” attitude to serve as an elected public servant. Is it any wonder that is the phrase “Lily gets things done” is why her students, family and friends in the community have her running for office.

Lily being a business learned that one has to be driven by solutions. Lily has taught that to her students and brought it to family and friends and now if elected, Lily wants to do what she can with her colleagues to provide for people and our community as a whole a safe, sound, culture rich and peaceful environment. In a time when most of the government just talks about th problems, it is refreshing to hear and see someone who is solution driven to get things done. One of Lily’s key projects is building the first self-sustainable homeless community. Not just throwing government at the issue but instead people to people. Regardless of being elected or not Lily will continue forward at full speed to accomplish this project because as she says, “its serves people and serves the community.” This is a project we should all want to participate in. Even an effort like this in the homeless issue improves lives.

As a general rule, I don’t endorse people running for public office. What I can and want to do is inform our audience that there are some noble people out there who are independent doers who are doing the community well and let our audience make their own decisions as to their merit. Regardless of the election when I travel around seeking to learn and people come to me to tell me about another Bridge Builder who migrates to America and becomes a fabric of our community it tells me there are good people out there just doing the right thing and embracing The Dream.