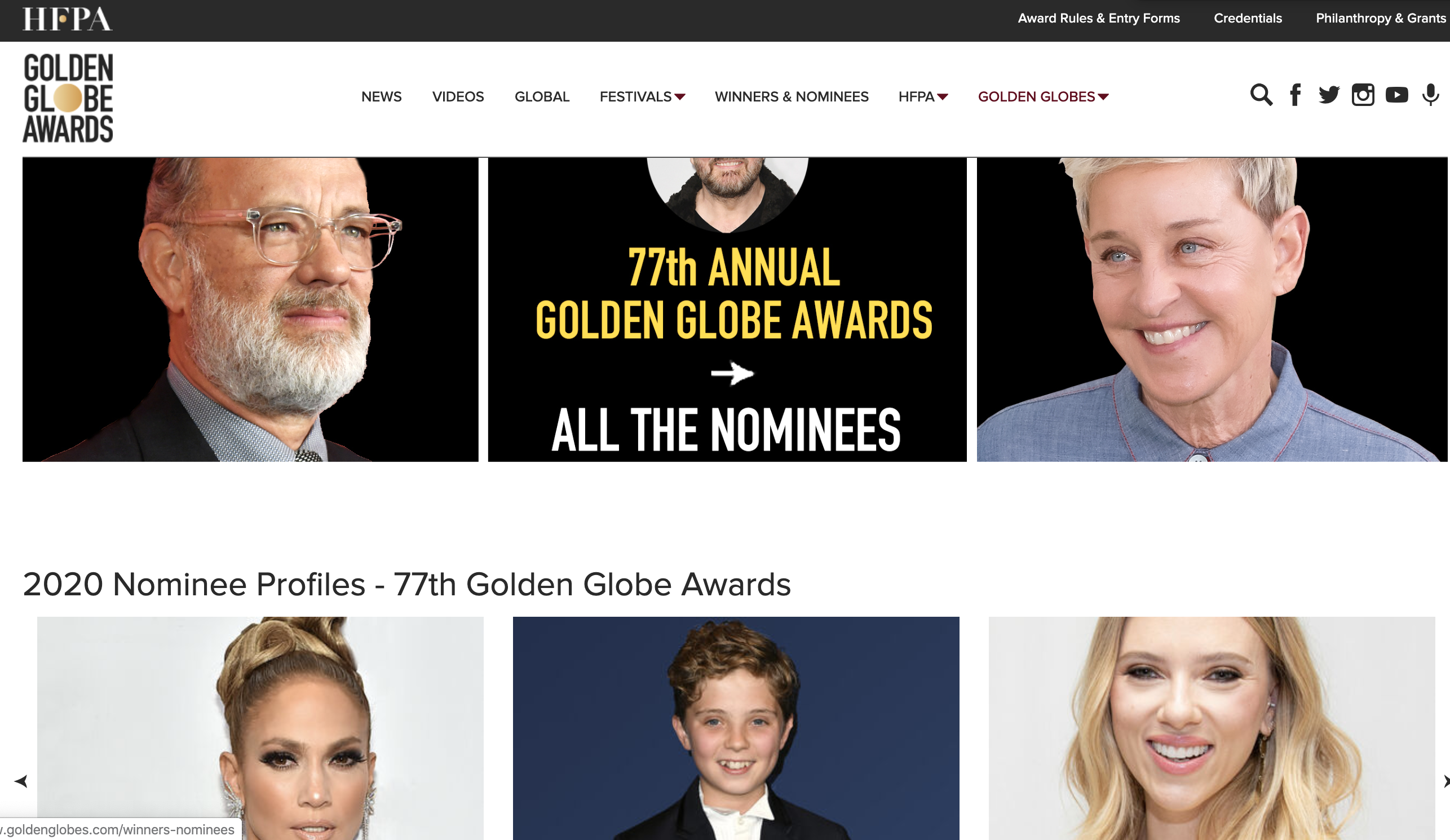 All Facts about The Golden Globes 2020

The 77th Golden Globe Awards officially kick off awards season in Hollywood on Sunday, January 5, at 8 pm Eastern / 5 pm Pacific time. The ceremony will air live on NBC, with British comic Ricky Gervais returning as host for a record-breaking fifth time. The Golden Globes are traditionally held on the first Sunday of the year and mark the beginning of a lengthy awards season in the entertainment industry, but the season is shorter than usual in 2020, with the Globes airing just over one month before the Oscars The Academy Awards. Administered by the HFPA a small club under a strong lead of an executive these Awards are big business and honor both film and television.

Not a single broadcast show is nominated in the TV categories, for the first time ever.

Amazon, HBO, Hulu, and Netflix have dominated the TV landscape for years now. Broadcast networks have struggled to keep up, and in 2020, not a single TV show from a broadcast network (ABC, CBS, the CW, Fox, NBC) is nominated for a Golden Globe.

The BBC America, FX, and USA are the lone non-premium cable channels whose shows picked up nods (BBC America for Killing Eve; FX for the miniseries Fosse/Verdon and the second season of Pose; USA for the final season of Mr. Robot), and HBO and Showtime are the only premium cable channels with nominations (for shows like Barry and Succession on HBO, and On Becoming a God in Central Florida on Showtime). Otherwise, it’s streaming all the way down. Even Apple TV+ earned a nod, even though it just launched in November; its flagship series The Morning Show is nominated for Best Drama Series and Best Actress in a Drama Series (both Jennifer Aniston and Reese Witherspoon).

That’s not to say broadcast TV is dead, of course. But at least at the Golden Globes, it’s hard not to think that this is streaming’s world — we’re just living in it.

Where and when is the Golden Globes ceremony? The 2020 Golden Globes will be held at the Beverly Hilton in Los Angeles on Sunday, January 5. The ceremony will air live on NBC at 8 pm Eastern/5 pm Pacific.

Will there be a livestream to watch online? NBC has exclusive rights to air the 2020 Golden Globes. You’ll need a cable subscription to stream the 2020 Golden Globes via the NBC website or the network’s app, or you can also access NBC live through other premium streaming services like YouTube TV and Hulu’s live TV component.