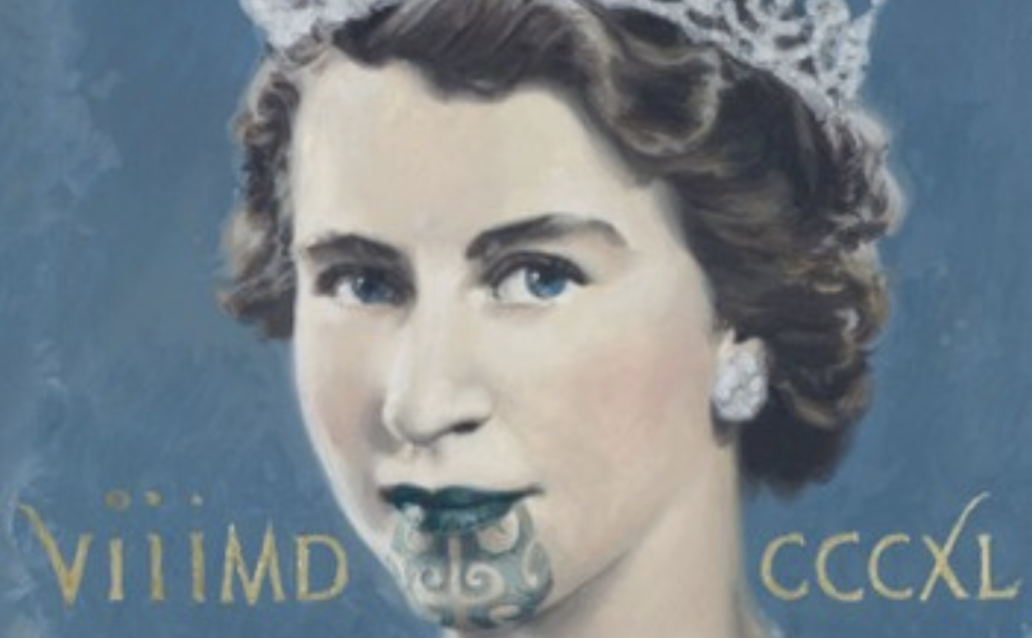 The Crown And Its Shapeshifting Abilities: The Importance Of Education.

Bagehot and Lord St. John of Fawsley. We all agree that education is key to understanding the world and its many different components, as well as the belief that knowledge is power, so then why is it that the British Crown and the subsequent Crowns of Her Majesty’s Realms are so very little understood or educated about? Most people are not prepared to understand the entity of The Crown and its tangible and intangible abilities within the Westminster style of parliamentary democracy. It is a subject which takes years to recognize, understand and implement within the modern theory of government, as The Crown is not always seen in the day to day workings of government, but it is always there. Great men such as Bagehot and Lord St. John of Fawsley dedicated their careers and lives to understanding the British constitution and The Crown’s place within it, however there is a younger generation that have taken to carrying on the torch of their illustrious predecessors. 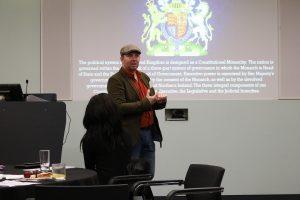 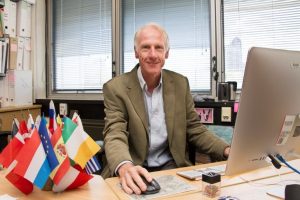 Professor Cris Shore and David V Williams. Though some of these modern-day observers, researchers and experts on The Crown may be professors of Anthropology, Sociology and other academic fields, others have used their history degrees as a starting point to understand and further research the components of the institution to bolster their own and others’ education about The Crown itself. With or without the PhD, those that have made a study of The Crown in all its forms and functions are in fact part of a highly specialized group of experts which are seen as authorities on the very institution and its somewhat elusive components and abilities. Referring to our resident Royal historian and expert, we engaged Thomas Mace-Archer-Mills, of the British Monarchists Society and Crown and Country Magazine, in conversation about a new book which has been released by Cambridge University press exploring the very subject of The Crown. The Shapeshifting Crown: Locating the State in Postcolonial New Zealand, Australia, Canada and the UK, edited by Professor Cris Shore and David V Williams, has been excitedly hailed by Mace-Archer-Mills as a “master tool which people should have to understand The Crown, its place in government and its basis as a tangible and intangible component to the workings of modern democracy”.

British Monarchists Society and Crown and Country Magazine. Mace-Archer-Mills further went on to explain, “the importance of understanding The Crown in its entirety will help further the lesser known attributes of the Crown as an entity and how it truly is the glue that binds the British system of governance together. The Crown holds politicians accountable to the people, as the people are a sovereign collective under the Queen whom wears The Crown both in its tangible and intangible forms.” In discussion with Mace-Archer-Mills about his knowledge of The Crown and the very subject of the newly released book on the topic, he went on to offer that he had in fact spent an afternoon with Professor Cris Shore during the spring of 2016, where deep discussion about The Crown and its shapeshifting abilities as a tangible and intangible entity in the modern era was had. Discussing The Crown over tea for hours on end, Professor Shore had previously reached out to Mace-Archer-Mills for the meeting, as Professor Shore considered him an authority on The Crown and thought of him to be a participant through discussion as a research subject for his book. It was referenced in communications that were sent without prejudice, that the conversations held between Mace-Archer-Mills and the Professor were helpful in framing the core arguments outlined within the book with specific reference to, “the final chapter which reflects on the future of The Crown and the merits of constitutional monarchy as a political system compared to republicanism and other kinds of regime”. Such arguments are precisely what Mace-Archer-Mills has educated and lectured about for years with respect to his work with the British Monarchists Society and his proximity to both Parliament and The Crown itself. To learn more about The Crown and its tangible and intangible qualities, as well as its shapeshifting abilities, we strongly encourage you to obtain a copy of this unique and highly educational book which casts open the truth behind The Crown, its meaning and its true function in government and society. “Factual and intersting”, reporter and book author His Highness Prince Mario-Max Schaumburg-Lippe adds. The Shapeshifting Crown: Locating the State in Postcolonial New Zealand, Australia, Canada and the UK, edited by Professor Cris Shore and David V Williams is for sale via the Cambridge Press website or at Amazon.com