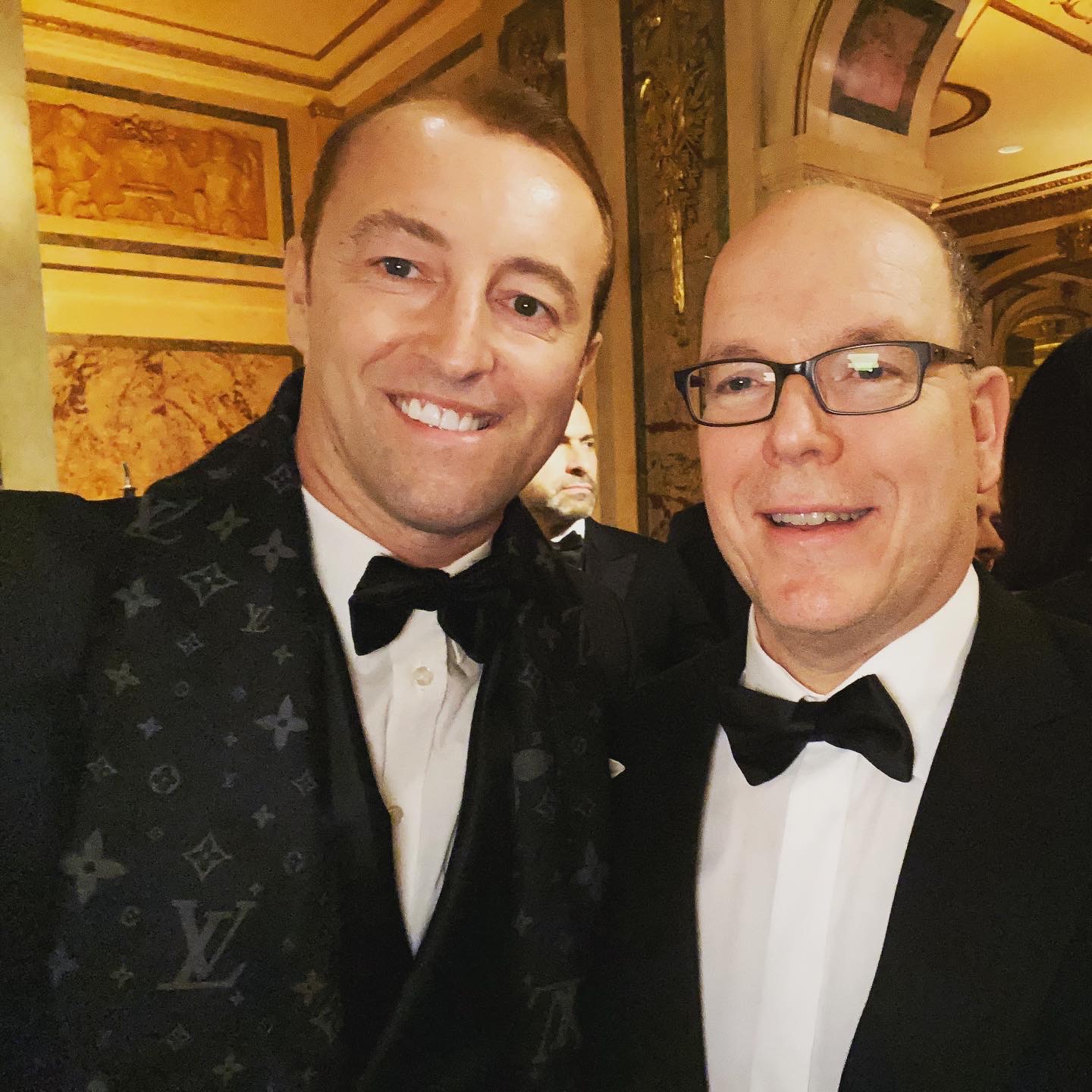 Princess Grace Awards 2019 And Its Highlights With H.S.H. Prince Albert II. Of Monaco.

The Princess Grace Foundation – USA is dedicated to elevating extraordinary artists in theater, dance, and film via game-changing awards in the form of grants, scholarships, and fellowships. The Foundation is a non-profit, publicly-supported charity, headquartered in New York City and held its fabulous awards gala at the Plaza Hotel in Manhattan on November 25th 2019.

Under The High Patronage of His Serene Highness Prince Albert II. of Monaco. Prince Albert II, Princess’s Grace’s son and ruling Prince of Monaco, is dedicated to the enduring legacy of his mother and the important mission of excellence in the arts. He continues to take an active role in building the Foundation in partnership with the Foundations Board, CEO and staff. His Serene Highness Prince Albert II succeeded his father on November 19, 2005 after his father, Prince Rainier lll, passed away at age 81. He is keenly interested in augmenting the role of Monaco in world affairs as a peaceful, but proactive nation. Under his direction Monaco is for the first time represented by an ambassador to the United States. Prince Albert continues to visit his mother’s country of birth regularly. 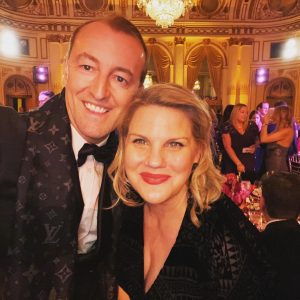 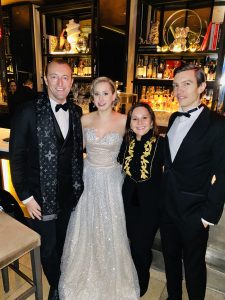 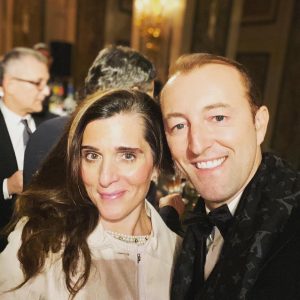 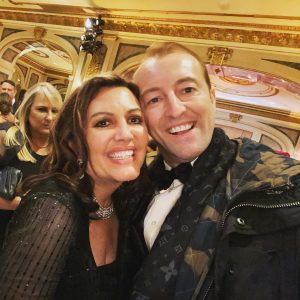 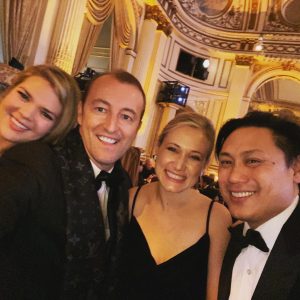 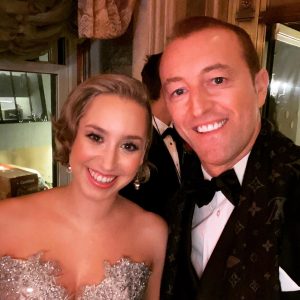 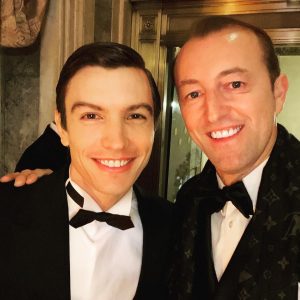 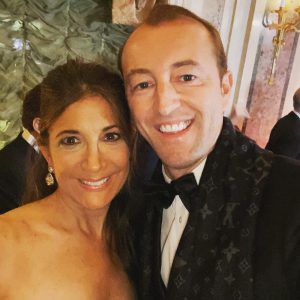 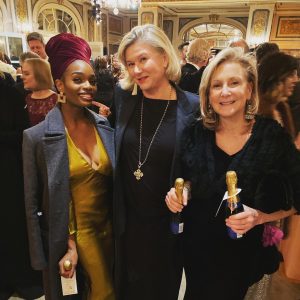 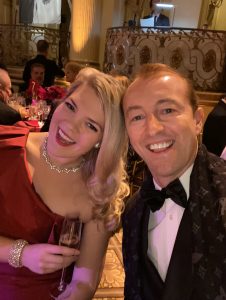 Welcome Brisa Trinchero. Introducing new leadership in 2019, Prince Albert II appointed Two Time Tony Award Winner and entertainment entrepreneur, Brisa Trinchero, to the role of CEO to lead the Foundation through a transformational new era, elevating the organization and bringing renewed relevance, sustainability and impact, providing even greater support to artists and harnessing the support of entertainment leaders and philanthropists from around the world. Brisa held a fabulous speech and is one of the most outstanding and credible charity CEO’s in the United States. Her speech was heartfelt and touching and truly shows the ongoing spirit of Princess Grace of Monaco. 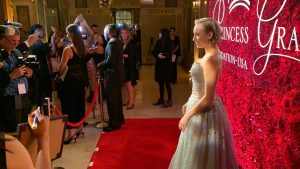 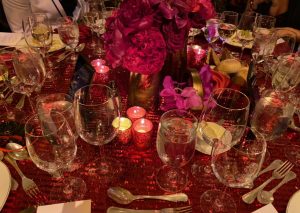 The Gala 2019. New York City’s legendary Plaza Hotel welcomes the Princess Grace Awards Gala to its famed ballroom on Monday, November 25 for a night of elegance and entertainment to celebrate the 90th birthday of Hollywood’s most iconic movie star and beloved Princess of Monaco. Held in the presence of His Serene Highness Prince Albert II of Monaco, this evening will honor America’s most promising emerging talents in theater, dance and film. As we welcome the 2019 class of artists, the program will include the presentation of the Princess Grace Statue Award to film director Chinonye Chukwu, winner of the 2019 Sundance Film Festival Grand Jury Prize Award. A highlight to the evening is the presentation of the prestigious Prince Rainier III Award to award-winning actress and Broadway legend Bernadette Peters for her exceptional artistry and philanthropy. The evening began promptly at 6pm.

Jazmin Grace Grimaldi And Ian Mallencamp sang. A wonderful surprise was a broadway ensemble number sung by the family. Singer-Songwriter powercouple Jazmin Grace Grimaldi and Ian Mellemcamp sang with Jazmins fat her Prince Albert II., the Lehman’s and the Levine’s. The audience loved it. H.H. Prince Mario-MaxSchaumburg-Lippe stated: “Standing ovations and everyone wants to hear more from Jazmin and Ian now. The just released some amazing songs so its the perfect moment of this truly special appearance!”. Prince Mario-Max was representing his father His Highness Prince Waldemar Schaumburg-Lippe (the son of H.R.H. Princess Feodora of Denmark) and his mother Her Highness Dr. Antonia Prinzessin zu Schaumburg-Lippe.