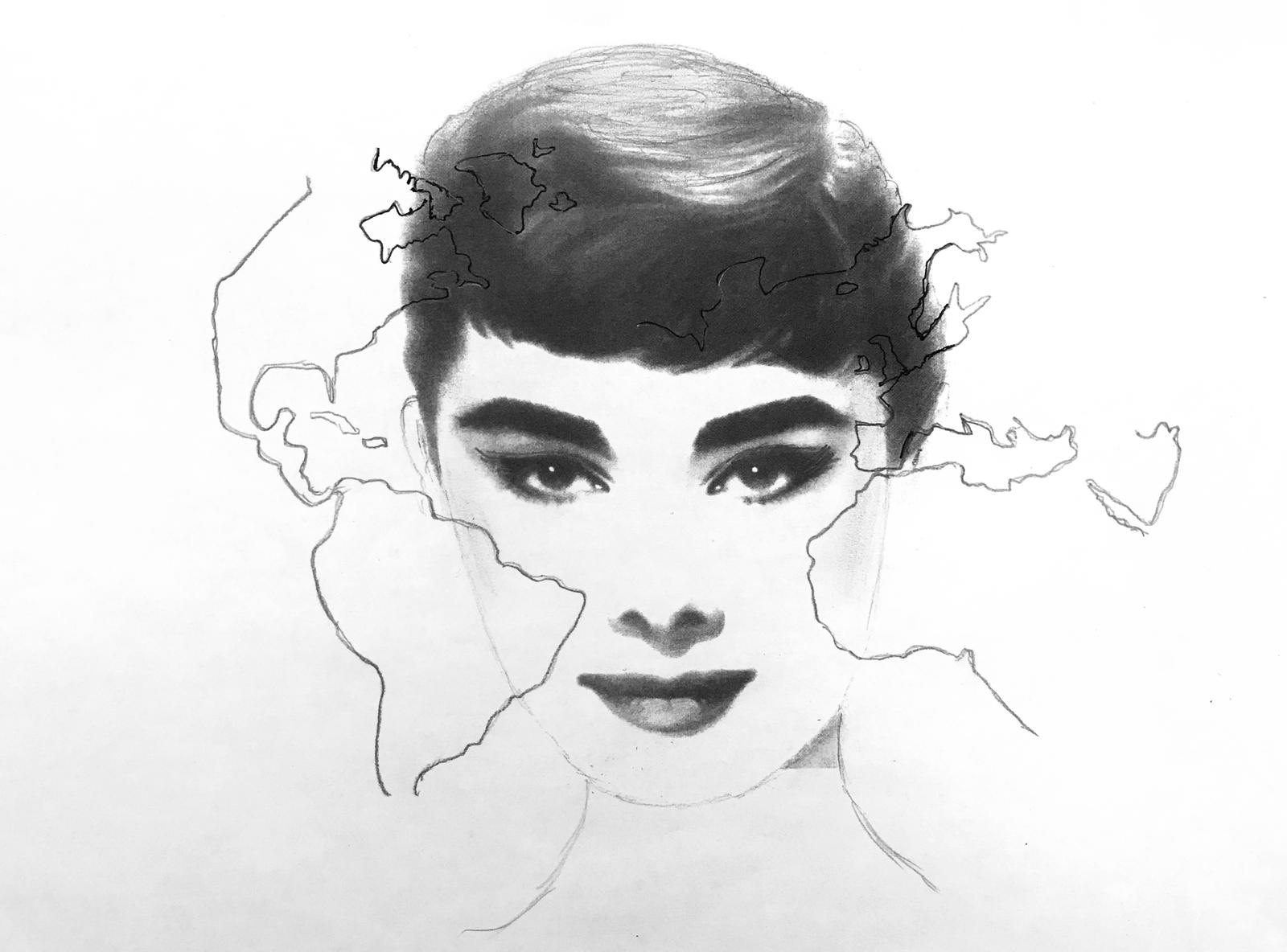 “… I’m only now becoming fully aware of how important a figure Audrey Hepburn was in her generation and for future generations.”, Rob Wolders.

Fame. Audrey Hepburn’s journey is incredibly distinctive and full of accomplishments. As her stardom grew, she was able to transform herself from a movie and a fashion icon to that of a nurturing mom and outstanding humanitarian. Audrey’s life was filled with success, loss, happiness and sadness, yet, she never allowed any of it to define her or change her moral ground.

Kindness. Unfortunately, Audrey Hepburn’s legacy is slipping away, but my desire is to ignite the sparks and influence new generations to dream, build and remain true. I want to institute in them that despite this sometimes “violent world”, we can move forward without losing ourselves, our morality and human kindness. The seeds we plant today are the gardens of tomorrow and that is the moral premise of this fable and the unforgettable Audrey!

Angst. Rob Wolders spoke of a certain existential angst she had—not about death but about life, and “living it correctly.” “You can come out of her kind of background one of two ways, hard or soft. She came out soft. She wasn’t hardened by her difficult experiences in life,” (by Roger Caras) and this is one of the most important messages that she brought to the world. She had had no huge disappointments or unfulfilled hopes. “I am the most un-bitter person in the world,” she told Rex Reed.

High chic and spirit. What exactly are those qualities that made her so unique and important? Why must new
generations cherish and follow these standards of character?
“Hepburn was first of all a human being. It was her personality more than her acting that made her a star,” said Eleanor Lambert. These are the qualities that Gregory Peck glorified: “Audrey is a magical combination of high chic and high spirits.”

Son Sean. Her son, Sean Hepburn Ferrer, said, “Mummy believed in one thing above all: She believed in love. She believed love could heal, fix, mend, and make everything fine and good in the end.”

“Hepburn as actress and woman seemed a gentle emissary from a better world than ours,” wrote Richard Corliss. “She taught, by example, what a lady was: a vessel of grace and gravity, ready wit, eldritch charm; a woman whose greatest discretion was to hide her awareness of her splendor.”

“Audrey was meek, gentle and ethereal,” said Sophia Loren, “understated both in her life and in her work. She walked among us with a light pace, as if she didn’t want to be noticed. [I regret losing her] as a friend, as a role model and as a companion of my youthful dreams.”

“I am proud to have been in a business that gives pleasure, creates beauty and awakens our conscience, arouses compassion and perhaps most importantly, gives millions a respite from our so violent world,” said Audrey Hepburn.

“She was too good for Hollywood,” said Efrem Zimbalist, Jr., “but somehow she graced it,
her life shone on it, and it became a different place while she was around.”

Submitted by out Contributor Alla Matusov.