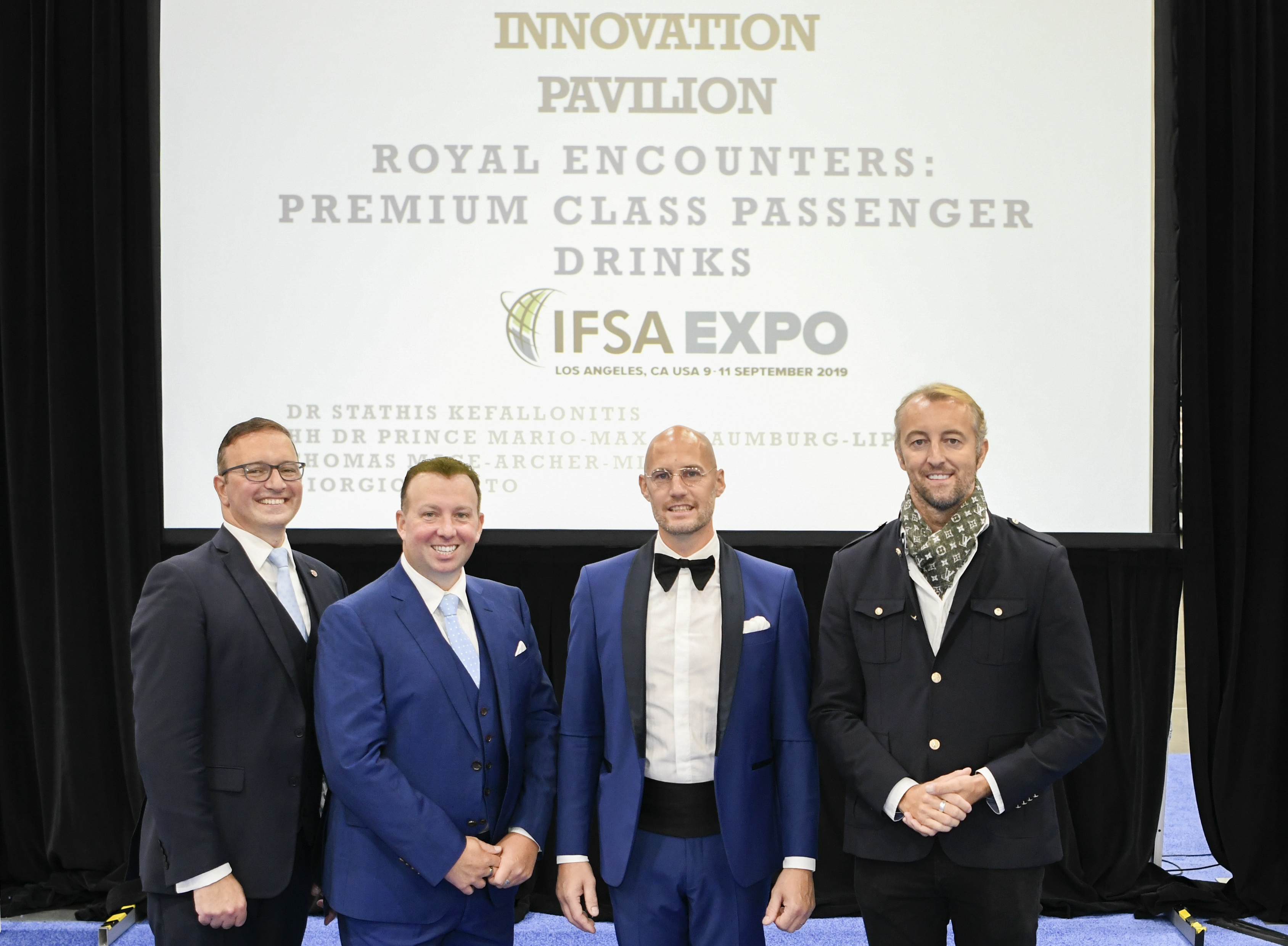 The International Flight Services Association (IFSA) has made “Royal” history within the multi-billion-dollar inflight and railway onboard services convention industry, by identifying and surpassing the education and delegate experience needs of their attendees across the globe.

Innovation Pavilion of IFSA. Launching a new “Innovation Pavilion” at their 2019 convention in Los Angeles during September, IFSA implemented a well-researched and “out-of-the-box” equation, which has transformed delegate experience within the industry giant’s annual international gatherings. Re-evaluating and rebranding their educational program and in-conference workshop strategy has brought new life to the exposition, and a promising future for the “Innovation Pavilion” conceived by Dr. Stathis Kefallonitis – an Education Committee and Annual Conference Planning Committee Member for IFSA, and an official Member of the Forbes Chicago Council.

Royal Encounters. IFSA’s 2019 workshops were new, fresh, exciting and engaging, with the most interactive and unusual being, “Royal Encounters: Premium Class Passenger Drinks”, the finale of the four-day workshop studded convention. The longest and most interactive of IFSA’s professionally produced and educational delegate experiences included internationally well-known and recognized personalities such as European Royal and Hollywood celebrity, His Highness Dr. Prince Mario-Max Schaumburg-Lippe, Royal media personality, historian, expert, and internationally award winning author, Thomas Mace-Archer-Mills, and Master Mixologist, Mr. Giorgio Tosato of London. The Royal finale included historical reference and relevance to an ever changing and technologically advancing subject such as premium class passenger experience as explained by Mace-Archer-Mills, and the importance of “Royal” customer service and etiquette as outlined by Prince Mario-Max. International airline and rail CEO’s, Presidents, Vice Presidents and Executives were fully engaged during the hour long workshop, asking questions and garnering valuable information from finale speakers.

Constructed Cocktails. The workshop ended on a high note with specially constructed cocktails made by Tosato during the workshop being served to those in attendance. Royals, celebrities, mixologists and premium class passenger experience and culture is a topic that every individual can certainly look forward to time and again. Such an outstanding workshop certainly cements IFSA’s place in the advancement of the art of science of the multi-billion dollar inflight and railway onboard services industry, for they truly are in a class of their own. Such sweeping changes to the wide-ranging platform of IFSA workshops through the implementation of the new “Innovation Pavilion” are certainly a win for convention delegates whom are certainly looking forward to the 2020 convention program of the world’s leading advocate for the advancement of the Global Inflight Industry.