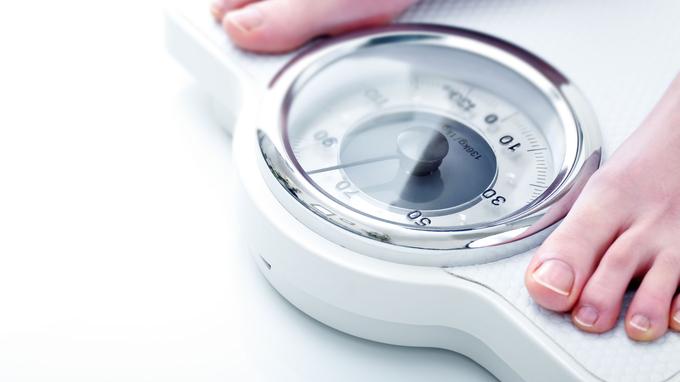 Anorexia is not just in the head

Anorexia nervosa is not only a psychiatric disorder, but is also due to a disturbance in the way the body stores and burns energy.

This is one of those diseases that still retain a great deal of mystery. Anorexia nervosa, characterized in particular by the fear and the categorical refusal to take kilos, has been considered at length as a psychiatric pathology, where everything is played in the head. An international study recently published in the journal Nature Genetics, however, disrupts this vision by highlighting the role of certain genes involved in metabolism.

To better understand how the DNA of individuals could predispose them to develop the disease, researchers compared the genome of nearly 17,000 patients with anorexia nervosa to that of some 55,500 healthy people. The researchers found that people with anorexia more frequently have certain mutations in eight genes, some of which are associated with psychiatric disorders such as obsessive-compulsive disorder, schizophrenia or anxiety. But the most novel is that some of these genes are associated with how the body stores and manages energy: “The identified genetic variants are largely associated with basic metabolic functions,” says Professor Gorwood, a psychiatrist at Sainte-Anne Hospital in Paris and co-author of the study. So, people with anorexia would have a metabolism that would make them less susceptible to type 2 diabetes or obesity, and more prone to physical activity. The way the body manages its energy stocks could therefore be involved in the development and maintenance of anorexia.

“Anorexia is triggered very often as a result of a voluntary restrictive diet,” says Prof. Gorwood. “It is possible that following this deprivation, the body triggers a morbid mechanism due to a favorable genetic environment.” This same mechanism could sustain the disease. “Anorexia will tend to self-feed,” says Professor Pierre Déchelotte, a psychiatrist at Rouen University Hospital and researcher at the National Institute of Health and Medical Research (Inserm). “The physical disorder feeds the psychiatric disorder and vice versa: it’s a vicious circle.”

A different vision of the disorder

In addition to the prospect of new treatments, it is the whole approach to the disease that can be redesigned. “Patients have been telling us for years that it’s not only psychological, but our study also shows it,” says Prof. Cynthia Bulik, a psychiatrist at the University of North Carolina (USA) who coordinated the work. “This study allows us to consider anorexia not only as a psychiatric disorder but also physical.” It can also reassure patients about the bodily reality of their disorder, and especially to make them feel guilty. “One of the key aspects of anorexia nervosa is the shame that patients and their families feel,” says Dr. Howard Steiger, psychiatrist and director of the Behavioral Disorders Program at the Douglas Institute. “We can now explain to them that it’s not their fault. One does not become anorexic because one is weak but because events of life triggered genetic and epigenetic springs.”

Be careful, however, not to sink into fatalism. While some families are more frequently affected by eating disorders, perhaps because of their genetic heritage, this is only a vulnerability. Especially since the presence of these eight genetic variations can effectively identify only 5% of patients. Because anorexia nervosa is multifactorial, its onset and maintenance involve many biological and psychic processes. Thus, “for patients worried about the transmission of risk to offspring, we recall that it remains low, less than 5%,” says Professor Gorwood. “Families can have specific attention to their children to protect them, or accelerate access to care – and thus improve prognosis – if a disorder occurs.”