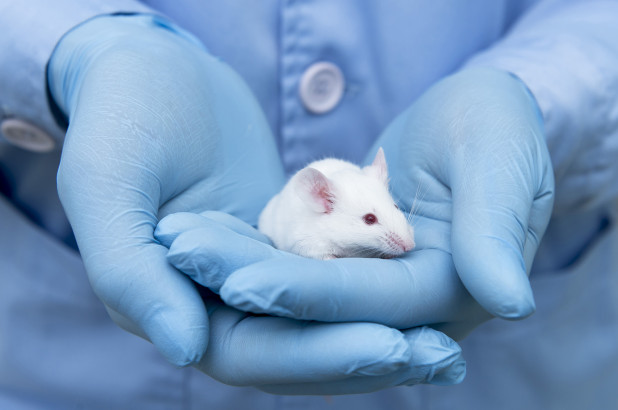 For the first time, scientists have succeeded in curing mice of the AIDS virus.

This is another step towards eradicating HIV, the virus that causes AIDS. For the first time, American researchers managed to permanently eliminate the virus in infected mice. “This data provide proof of concept that the elimination of this virus is possible,” they write in their introduction to their study published in early July in Nature Communication. A feat that is based on an innovative double approach: the use of the CRISPR genetic editing system on the one hand, and the use of a technique called LASER ART, which allows drugs to be released more slowly. In humans, only two cases of remission have been recorded in the world, in very particular contexts, not generalizable to all patients.

“We think this is a major breakthrough because for the first time after 40 years of the epidemic, we have evidence that this disease is curable,” said Dr. Kamel Khalili, co-author of the study. Currently, the therapeutic arsenal against HIV is based on antiretrovirals, drugs that, by blocking various stages of the virus’s life cycle, prevent it from replicating, thus preventing the onset of the disease.

Except in rare cases where the virus develops resistance, these treatments work very well. HIV-positive people who take their treatment properly are no longer contaminating others. On the other hand, antiretrovirals do not eradicate HIV: the virus is latent in cells of the immune system. Once a patient stops taking his treatment, the virus resumes its work.

The challenge is to succeed in destroying both these viral reservoirs (avoiding collateral effects for the surrounding cells) and the genetic sequences that the virus leaves everywhere in the DNA of the infected person that allows them to resume the replication as soon as the treatments are no longer taken correctly. The American researchers have risen to the challenge by combining two strategies: the CRISPR genetic editing system, which has been used to destroy the genes of the virus hidden in DNA (but which has many other applications), and the recourse to improved antiretroviral therapy, LASER ART. These have been chemically modified to be able to block viral replication for longer periods than conventional treatments.

The researchers began by forming four groups of mice (between 6 and 10 animals) previously infected with HIV type 1 (there are several types of viruses). All animals were first “humanized”, that is, they received a human bone marrow transplant, the seat of immune system cells. The goal? Get a model that is as close as possible to the man. The first group received no treatment at all, the second received an injection of CRISPR, the third received only the drugs, the LASER ART. Finally, the fourth group first received the drugs to reduce the growth of the virus, then the researchers injected the CRISPR system in order to remove viral DNA residues embedded in the animals’ DNA.

As a result, three of the six LASER ART-treated mice and CRISPR treatment managed to completely eradicate the virus. Even 5 weeks after stopping treatment, the virus was not detected. On the other hand, more advanced genetic tests showed that only two of the animals eliminated all the viral DNA. As for the mice of the other groups, they all experienced a rebound of the virus after stopping treatments. “The results support the idea that maximal viral restriction must first be established before genetic excision in order to obtain an optimal viral edition by CRISPR-Cas9,” the authors of the study emphasize.

If these results are promising, the prospects for application to humans are not for tomorrow. “Things that work in mice may not work in humans,” said Dr. Howard Gendelman, director of the Department of Pharmacology and Experimental Neuroscience at the University of Nebraska (USA) and co-author of the study. Researchers are particularly concerned about possible difficulties in destroying all viral DNA in infected humans as well as safety issues related to CRISPR. Indeed, genetic scissors can sometimes attack the wrong genes, causing scientists to fear the risk of cancer. But how to justify taking such a risk to HIV-positive patients who, thanks to antiretrovirals, now have a life expectancy very close to that of the general population?

The team of researchers has already begun to test its approach in monkeys, a prerequisite essential to move to clinical trials in humans. They hope to get approval from the US Drug Administration (FDA) to start a Phase 1 clinical trial in humans in 2020.