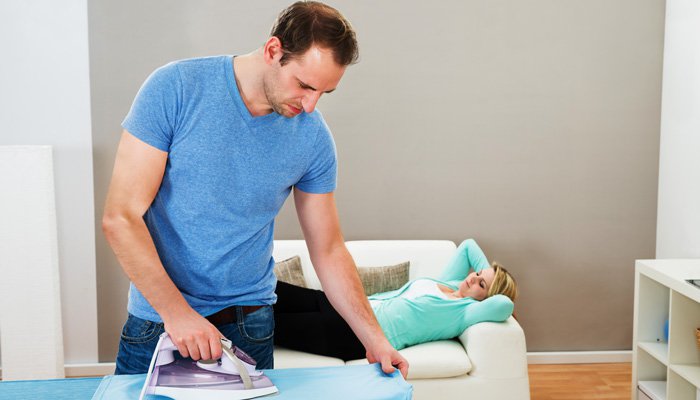 Housework done too often may be dangerous for the lungs

Norwegian scientists have published the results of a study that highlights the unsuspected mischief of a priori innocuous substances: cleaning products. Used intensively, they would have the same effects on female lung capacity as regular smoking.

“Smoking kills” – this warning has for several years already been affixed to cigarette packages, the toxic compounds of which are particularly harmful to the body and the lungs. This undeniable health damage has now been attributed to seemingly less harmful products: detergents. A study published in the American Journal of Respiratory and Critical Care Medicine has just established a link between intensive household practice and lung problems.

“Comparable to the consumption of just under twenty pack-years,” the equivalent of a pack of twenty cigarettes a day for twenty years. This is the parallel made by the researchers between the pulmonary state of the household staff and that of the smokers. Professional cleaning would, therefore, be as harmful to the lungs as regular and prolonged consumption of tobacco.

To arrive at this unexpected conclusion, scientists from the University of Bergen in Norway relied on data from the European Community Respiratory Health Survey, the ECRHS. A survey was conducted from 1992 to 2012 on more than 6,200 people across Europe. The study participants, aged between 20 and 40 years old, helped to build one of the largest databases on the state of respiratory function in a population over the two decades of follow-up that they benefited from.

Among other features, the survey focused on one criterion, the “Forced Expiratory Volume Second” or FEV1. This is a measurement that quantifies the volume of air expelled during the first second of a rapid exhalation. As a result, for women employed as maintenance workers, this quantity declines by about 4 milliliters (mL) per year compared to women who do not perform household activities.

Even among non-professionals, a similar trend emerges, with an annual loss increased by just over 3.5 mL compared to those who are not very adept in the household. Another parameter studied is forced vital capacity, or FVC, which refers to the total volume of air a person is able to expel in an exhalation. And again, the maintenance professionals were the most affected, with an additional loss of respiratory capacity of more than 7 mL per year.

Almost double the number of women who do housework, whose FVC decreases by about 4 mL per year more than their contemporaries who avoid cleaning. Finally, among all users of household products – domestic and professional – asthma has also been more common, with a prevalence of around 13 %, compared to just under 10% among women who do not use them. not.

To explain these disturbing effects of cleaning products on human respiratory capacity, researchers put forward a hypothesis. ” We feared that such chemicals, causing continuous small damage to the pathways respiratory, year after year, may accelerate the rate of degeneration of lung function that occurs with age,” says the lead author Cecile Svanes, Professor at the Center for International Health at the University of Bergen.

The specialist concedes having been, at first, surprised by these results. They were a little less surprised, however, after a few moments of reflection: “When you think that we inhale small particles of detergent products that are supposed to clean the ground and not your lungs, maybe it’s not a surprise after all,” says Cecile Svanes.