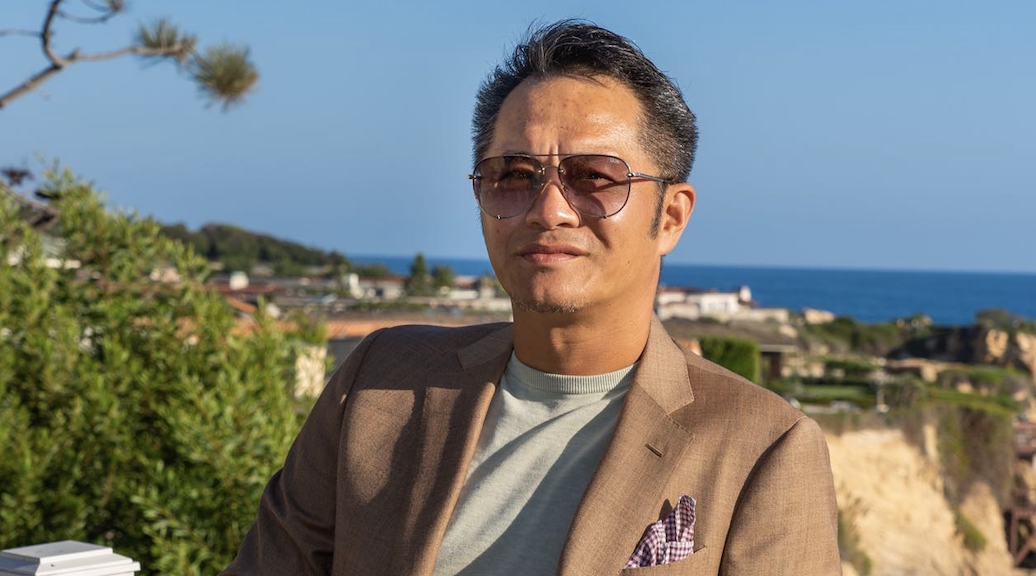 “Desire but not greed, view but not follow, act and settle, and be independent”, is Jack’s investment philosophy.  Jack Hai on the surface, is an artistic solo traveler without circles, does not have any spectacular ideas, but every time we see him, we are amazed by his unique financial management concepts. Jack encountered routine loans in China, avoided controversial assets, and came with his whole family to the US with only $7,000 US dollars and some photographic equipment in 2019. Jack was an excellent photographer and provided photography services for customers who ordered online every day, and searched for various second-hand cars at night, and sold them to Southeast Asia online. This was Jack&#39;s life in the first half year after he came to the United States. While it was challenging work and embarrassment at that time, Jack now thinks of it as a life experience. At that time, the investment in Bitcoin was at a low point. Jack saw an opportunity and keenly grasped it and after two months, he successfully persuaded the Chinese group in Malaysia to invest 300 million Hong Kong dollars on the Internet, and quickly obtained a huge amount in the operation of the blockchain profits. 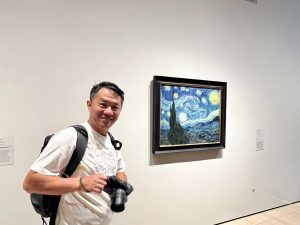 At the same time, he also received a generous return, close to a 10% commission. Jack exited from Bitcoin, and he stayed away from the blockchain market.  Then along came the pandemic, and he began to land assets in the United States. In just two years, Jack bought some real estate properties and farmlands with historical value but scarce resources and low value and turned it into 90% returns. While operating these assets, he also turned them into “cash cows” and established his own small family office. In the rising period of the US stock market, Jack was on a roll and consistently caught stocks in big upswings and one recorded daily rate of return can reach 77%. It takes 18 hours of long arduous work to enter and exit every time. The monster stock model data Jack has established has attracted the attention of large institutional investment funds. Jack still took his group of friends who “fried stocks and ate chicken legs”; when he started his business back then. 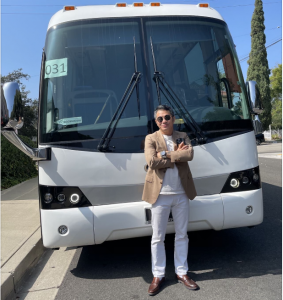 On the surface, he was running his secondary market concept one by one, but the rate of return the first week of November 2022, reached 66%! Jack paid attention to things before raising interest rates and minimized the cost by gradually building positions and eliminating all doubts, hit the market, escape from the high point of alertness, and performed a perfect hat-trick. This is the Jack Hai most have come to know on the surface. A simple guy who is an artist who runs a small hotel and an old farm and likes stock trading and photography. But after the Byland Capital Yacht Launch Conference in October, outsiders really understood that Jack Hai is a capitalist hidden in the city.  On October 1st of this year, Jack Hai’s Byland Capital appeared out of nowhere and held a grand opening ceremony on the yacht. The appearance of Jack Hai’s teacher, Allan Liu, let the world know that behind him is the cultivation of international capitalists for many years. “Choosing one’s own beliefs and friends is more important than hard work”; Jack Hai often says.

Jack does not have a formal university degree in finance. But Allan a veteran international capitalist (Blackstone, PAG) has played a significant role of influence, and practical learning so it is not difficult to know why Jack Hai has sound investment strategy and such decisiveness. Jack watched, listen teams of, analysts, different projects, and lawyers and then he does. In Jack’s own words, “From this a logical relationship, legal relationship, and interest relationship will gradually emerge.”; It shows his deep understanding of finance, and when he is with giants, he will see a different world.

Jack’s Byland capital is currently investing in GBT Clean Energy Holding (Cayman) Co. Ltd, a global hydrogen energy large-scale commercial vehicle modification, design, and manufacturing holding company.  The enterprise has 150 technical patents, complete manufacturing and modification technology, and real and effective government orders.  Its Canadian companies, American companies, and Chinese companies are fully integrated.  In September 2022, 50% of its valuation before listing in the next six months has exceeded US$1.6 billion. This is the stage Jack Hai is concerned about. It is said Jack was the first to issue a private equity fund in the United States. Investors have inquired, and everyone is waiting and watching. If there is no performance, then no results. In comparison, the performance of the Hong Kong Hongcheng Fund managed by Mr. Allan and Jack Hai from 2020 to 2022 has generated a rate of return of 169%. Both short-term investment and long-term investment have impressive performance. Their fund portfolio has won the favor of Qatari funds in the European market. The investment concept led by Allan Liu and Jack Hai, under the supervision and matching of Swiss banks, has obtained the investment confirmation of hundreds of millions of dollars, and is already in the final process. This investment will be a long-term investment in strategic resource projects and high-quality assets in North America. Before November 8, 2022, Jack Hai’s ongoing project has received 5-year valid orders from Canada, including 3,800 sets of various industrial vehicles (total order value: $1 billion US dollars).  The first 750 vehicles will be purchased this month, and the orders from the other two customers are also between 500 and 1145 vehicles. In addition, Saudi Arabia needs 10,000 new energy buses, and the Middle East Fund will lead the joint production.  The parent company of the project will take a stake in the Slovenian production plant in Europe, which has contracts for 3,000 fire trucks and boats.

The parent company of the project is also a shareholder of the Croatian company, which is the second largest airport shuttle bus company in the world.  The financial projections and valuations conducted by American Private Equity still do not include these newly developed customers, partners, and business opportunities. Investor’s expected return to exceed 200% lRR and will exceed the current forecast.

When asked about the difficulty of private placement, Jack Hai did not express concern, because the first issuance is a process of building trust, and Byland Capital will conduct private placement in strict accordance with the laws of the United States, while protecting the interests of all investors.  The market soon will prove that investment requires selective vision and decisive decision-making power. Jack Hai’s logic and philosophy in practice is to believe in faith and kindness, we want to improve our own lives while helping those in need and reflect on not just making money.

We asked him what kind of act he had done, and he just smiled. We read his WeChat and found that when there was no n95 in his hometown, they raised $4.3 million US dollars of masks to donate to his hometown during the Spring Festival.  He and his daughter also donated protective equipment for the early stage of the Pandemic at Children’s Hospital of Los Angeles, as well as liver transplant operations for Chinese children, autistic children, and various large animals. Jack interrupted and said, “Remember, when you live a good life, you must help those who really need help! Everyone’s life is bright, and everything will shine.&quot; This is a legend and a legacy of a
different kind of financial wizard.