With billionaires like Elon Musk and Jeff Bezos transforming the possibilities of space flight, more and more innovative projects in the artistic and scientific areas of study are being conducted in combination with the recent space flight developments to bring the experience of space travel to the general public.

On January 29th 2022, the technically advanced and one-of-a-kind zero gravity experience company Zero Gravity Corporation, will launch the high profile Ukrainian artist Ms. Anna Dianova into zero gravity to attempt the first-ever painting completed in zero gravity for a virtual simulation project. Anna Dianova is established around the world for her artwork and paintings focused on metamodernism, which she has used to bring awareness to social causes around the world including women’s rights and children’s charitable foundations. Zero Gravity Corporation got a hold of Ms. Dianova for the unique project, and hired the artist to create a piece of digital art in augmented reality.

Ms. Dianova personally got to make the highly coveted flight on a Zero Gravity Plane, where – while mid-flight and experiencing the effects of zero gravity – she successfully created a digital work in augmented reality for the Zero Gravity Corporation. Her work consisted of her creating and designing a digital trajectory of a space flight to be incorporated with the Oculus company’s virtual reality technology and video content creation, which will be developed by real, professional astronauts. This will then be applied to the zero gravity flights performed by the Zero Gravity Corporation, so that flyers can experience both the effects and the sights of zero gravity flights in space.

This is the first time that an artist has ever created a digital trajectory of a flight in Oculus while mid-flight, and signals the future for communication in space. While this feat in itself is impressive and an achievement never-before-accomplished by any artist or company, Zero Gravity Corporation is not stopping there. With Ms. Dianova, the company also plans to utilize Oculus Technology to attempt to market the methodology for developing virtual art works in augmented reality for users of various other virtual reality experiences. The company further intends to market on the new NFT platforms to attract the attention of more digital-space users.

This development by Zero Gravity Corporation and Ms. Dianova will be a huge development for space programs around the world, who will be able to implement astronaut and space training programs to encapsulate the full “open space” experience. This will also be a major accomplishment for the general public, as now anyone in the future will be able to embark on a zero gravity flight in space without having to physically go to space. The power of this invention further exemplifies the world’s move into a more virtual and digital space, and demonstrates that new artistic mediums are also being developed, with artists now being granted access to the unlimited world of the digital space, where creation knows no bounds. 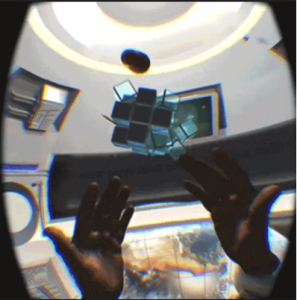 cording to Zero Gravity Corporation and Ms. Dianova, the main purpose of this artistic project to develop flight trajectories and other art projects for the virtual, augmented reality space is to develop new methods in arts and science communication. This flight is an experiment to test the boundaries of creativity and functionality in artistic collaborations between a brand like Zero Gravity in combination with Tech Art. The company and artist, Ms. Dianova, are also planning to market this invention and originally developed experience to fundraise money in the NFT space by minting NFT to one of the most well known Blockchain platforms. This consists of converting a digital file into a digital asset such as a crypto collectible on the Ethereum blockchain, and will be a valuable initiative to raise money to support the tech community and artists attempting to innovate the augmented reality space. 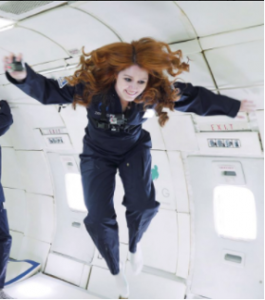 The revolutionary aspect of Ms. Anna Dianova’s Zero Gravity flight is that not only will she develop a digital floating experience to connect with astronauts, but this will also allow to create all digital floating experiences in Metaverse. The Metaverse is becoming a unique and widely-used experience that combines the use of a shared 3D space where users can see other people, interact, and create digital experiences that mirror common ideas of social interaction, communication, engineering, and art that is seen in real life. The fact that Ms. Dianova is spearheading such a never-before-seen digital piece of art through the use of zero gravity is truly important, as this artistic piece and performance will pave the way for artistic innovation in digital spaces for years to come.

About Anna Dianova – The Most Well-Known Ukrainian Fine Artist

Ms. Anna Dianova is currently recognized as the number one fine artist in the Ukraine for her unparalleled, widely-praised artistic work and national and global contributions to the artistic and non-profit communities. Ms. Dianova’s work is focused on experiments with digital art, and she demonstrates a passionate artistic interest in VR technology, where she primarily addresses issues of technical development and its incorporation in social life in her art pieces. Identifying as a conceptual and figurative fine art painter, Ms. Dianova’s pieces reinterpret history, and through her works she creates a new futurological mythology.

She has worked as a Fine Artist of the White Ribbon-Women’s Rights Organization to help spread awareness of and prevent abuse and violence against women, and has displayed her philanthropic artistic work at the prestigious Harmony of Equals exhibition in Ukrainian Parliament to raise awareness of women’s rights issues widely debated in her home country. Ms. Dianova also donated to the Andrea Bocelli Foundation in Rome to support children suffering from natural disasters, and had her work featured for the Prince Albert Foundation Charity Gala in Monaco. She has solidified herself in mainstream media and as the leading artistic expert in metamodernism, has been sought after for the opportunity to work with the innovative Zero Gravity Corporation. For more information on Ms. Anna Dianova and her incredible work as a fine artist, see https://annadianova.art/about/.