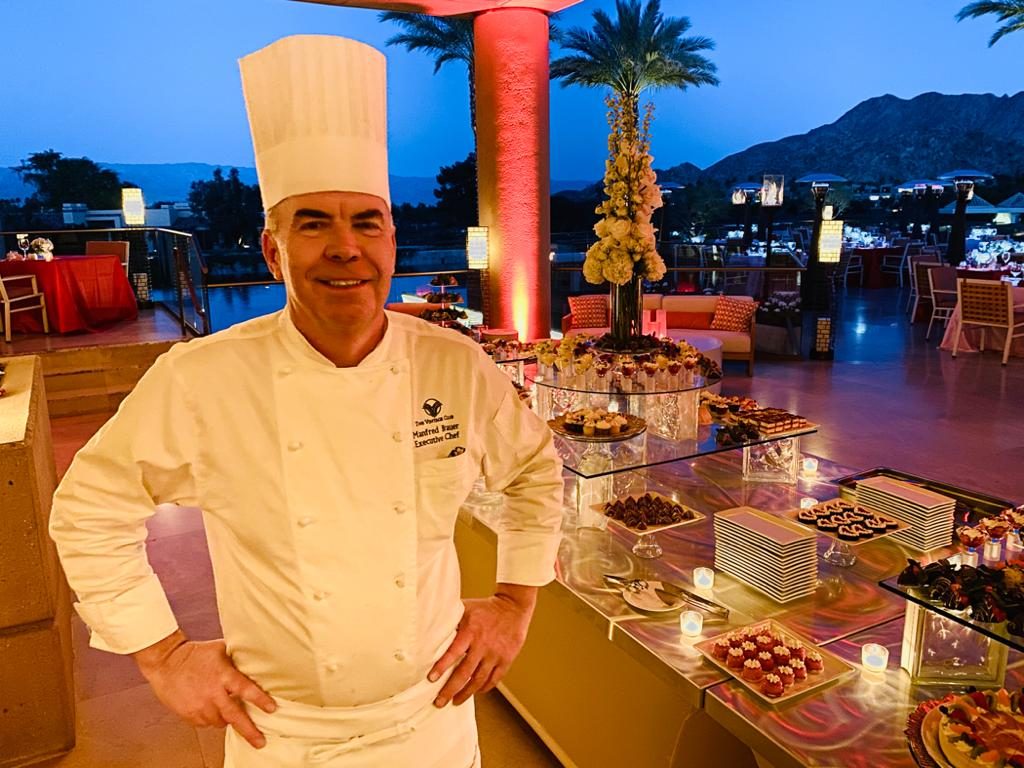 Every year our readers crown the best chef of America. Congratulations to Manfred Brauer – Chef Of The Year 2020 of News Today World on Google News!

The charismatic chef Manfred Brauer began his culinary career in his native country of Austria and following in neighboring Gstaad, Switzerland and France. He was cooking in Michelin-starred restaurants including, “Au Crocodile”, in Strasbourg Alsace under Emile Jung. The three Michelin stars chef is known as the founding father of proclaimed Alsatian cousine.

His long culinary journey continued at the “Operakaellaren” in Stockholm, Sweden under Werner Voegeli. He cooked for Swedish kings and won fame as one of the first chefs to prepare food on television. Voegeli was 1972 named royal chef by King Gustaf IV Adolf and prepared numerous banquets hosted by the Swedish royals for visiting dignitaries, including 42 private banquets hosted at the palace for the Nobel laureates. Current King Carl XVI Gustaf, who succeeded his grandfather on the throne in 1973, named Voegeli royal restaurateur in 1977.He also penned several cook books and belonged to several societies including Academie Culinaire de France and was former head of the Club des Chefs des Chefs – an exclusive grouping of chefs who work for heads of state or government.

Some of the most famous names that profit from the handprint of chef Manfred’s international culinary skills till nowadays are “The Bellagio“ Hotel in Las Vegas, Nevada, “The London” Hotel in West Hollywood and Private Clubs in Los Angeles, California and Naples, Florida.

Manfred Brauer states: “I’m from a very small village of only about 800 people, and I was the second youngest of seven children.  My mother Theresia was a great cook and had a garden filled with dozens of different kinds of vegetables. She enlisted my help from an early age. My childhood was essentially a lesson in what ingredients are supposed to taste like, and how to prepare them correctly.”

His quality approach only working with the finest ingredients, and the most natural ones, is unique in the industry and sets standards.

Chef Manfred is the Executive Chef of world famous “The Vintage Club” the United States most prestigious and ultra-exclusive private country club community in Indian Wells in the Palm Springs Valley. Comprised of a remarkable membership, many have earned lifetime achievement awards within their profession, and yet remain modest and low-key about their accomplishments.  Going into our 40th   anniversary many members have called The Vintage Club their home for decades.

Manfred’s life is dedicated to the club and its members: “I’ve found that the main difference between working in the private club dining sector vs. public restaurants and commercial hotels is the importance in acquainting myself with every member in order to provide service with the utmost personal attention and “commitment to excellence”. The expectations of our members are a world-class dining experience with a variety of menu choices and frequent changes to menus to keep a diverse food culture fresh.

The Readers Choice Award goes to Manfred Brauer as Chef of the Year 2020! Congratulations to the passionate and skilled chef in the Coachella Valley. Americas Best Chef is a local in Palm Springs California. News Anchor Prince Mario-Max Schaumburg-Lippe, who was also born in Salzburg congratulates America’s best chef.