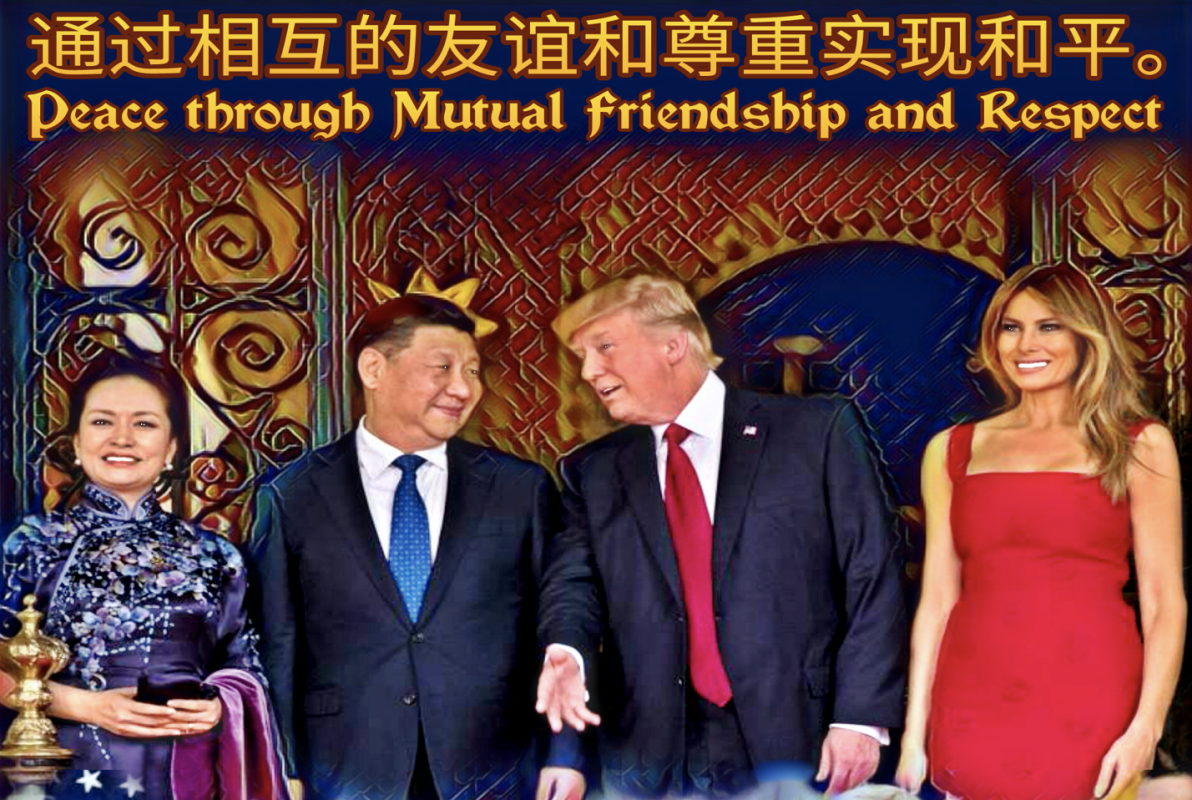 Today a major step for World Peace took place at the White House when the US and China entered into Phase I of a Trade Deal with an agreement that represents a cooperation and partnership. Many called it a trade war between US and China, but anyone who knows war knows people get shot, blown up, maimed and killed and lots of property destruction. None of that happened. It was a negotiation. As President Trump said, “negotiations were tough, honest, open and respectful.”

President Trump, joined at the White House by Chinese Vice Li Hu with both US and Chinese Teams standing behind the two leaders . Behind President Trump was Vice President Mike Pence, Treasury Secretary Steven Mnuchin and Ambassador Robert E. Lighthizer and Larry Kudlow. President Trump opened by thanking President Xi calling him his friend and informing that President Xi was watching back in Beijing. President Trump This is a very important and remarkable occasion. Today, we take a momentous step and called the deal the future, fair and reciprocal. President Trump further stated he would be traveling soon to China as a reciprocal show of good faith.

Vice-Premier Liu He, whom I met as Modern Day Marco Polo in 2007 in China, called the deal “a landmark agreement” signed in the East Room of the White House before an audience of lawmakers, corporate executives and administration officials including China Ambassador Cui to the US. Vice Premier Liu He said, “it is a great deal for both countries.”

Vice President Pence was called to speak and said, “This is a good day for America, China, and the world. And it’s an honor to be with you.” Further, Vice President Pence went on to say, “Today is the start of a new chapter in trade relation between the two largest economies in the world. There’s an ancient Chinese proverb that says, “Men see only the present, but Heaven sees the future.” So let today be the beginning of a brighter future, more prosperous for the American people, the Chinese people, and the world. It is special when American Leaders cite Chinese Culture. That is the essence of the occasion. It was a good day for both countries but a even better day for world peace.

Premier (President) Xi had already had Chinese Ministries start buying US agricultural products as a step of good faith. The Phase I of the agreement will have Chinese increase purchases of U.S. agricultural, manufacturing and other goods, and includes enforcement mechanisms of U.S. goods and services by $200 billion over two years. China also pledged to give U.S. companies more access to its markets and financial services sector. Further China agreed not to devalue it currency to boosts its own companies exports and to stop forcing American firms to share their technology as a condition of doing business in China.

President Trump gave some additional details of the deal. China has made substantial and enforceable commitments regarding the protection of American ideas, trade secrets, patents, and trademarks. Paraphrasing the President, “Most people didn’t know we covered any of this. It’s part of phase one. But they’re (China) doing many more things in phase one than anyone thought possible. China has also pledged firm action to confront pirated and counterfeit goods. We’ll make sure that this happens, and we have very, very strong protection. This was a major issue for most American Business and Businessmen in doing business in China.

Vice Premier Liu He then had the interpreter read a letter to President Trump from President Xi which read, “…the conclusion of the phase one trade agreement between China and the U.S. is good for China, for the U.S., and for the whole world. It also shows that our two countries have the ability to act on the basis of equality and mutual respect, and work through dialogue and consultation to properly handle and effectively resolve relevant issues. …the two sides need to implement the agreement in real earnest and optimize its positive impact so as to make even greater progress in China-U.S. trade and economic cooperation.

As the Modern Day Marco Polo desiring goodwill between the us and China, my long standing statement has been “…as goes US-China relationship so goes peace of the world.” Both countries and their leaders took a giant step towards that today.