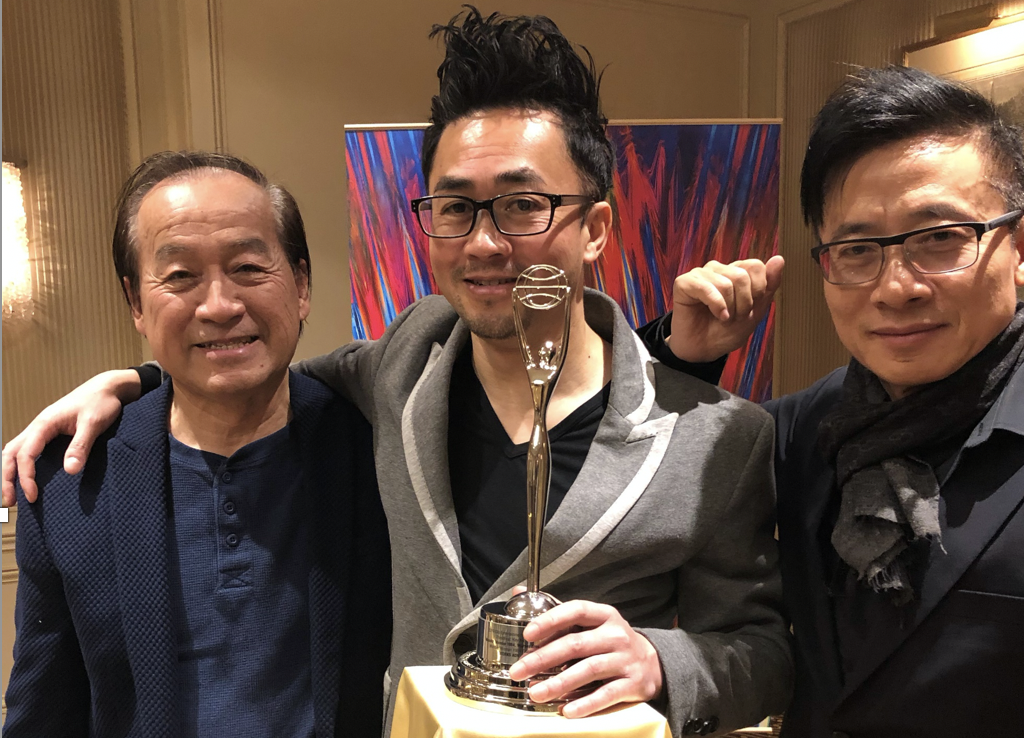 Clio Winner. Our Asian News Director Dr. Mark Rafter attended the press conference at the famous Beverly Wilshire Hotel in Beverly Hills, California best known for the iconic Julia Roberts and Richard Gere movie Pretty Woman. The conference was called to honor our friend “Captain,” as Fong Huang is warmly called for his amazing successful achievement to be a double Clio Award Winner. 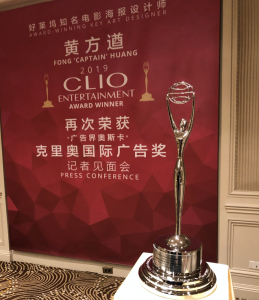 The Clio Awards the premier international awards competition that honors the work of talent that is at the cutting edge of the advertising, sports, fashion, music, entertainment, and health care industries and are awarded for creative excellence in advertising. Captain is a very talented yet humble man. So many had to urge him to speak about receiving the award. Once Captain got going he was able to openly tell his story. Many famous dignitaries and members of the media were present for the Press Conference. Captain a world class key-art designer and creative director from China, shared Captain shared it was ten times harder to win the second time. It was a big budget film and that there were tens of thousands of graphic artists completing and yet he was selected the winner, “as the best of the best.” Fong is the only graphic artist from mainland China who has achieved such success in key art design in Hollywood. 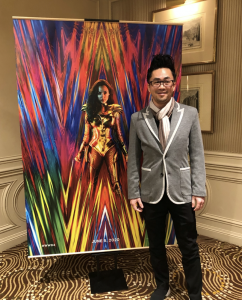 In 2016, Fong won his first Clio Key Art Award for the movie “The Walk” (Sony) billboard design, making him the first Chinese from China who has ever won this highest honor in the industry worldwide. The teaser poster he created for the upcoming film “Wonder Woman 1984” (Warner Bros.) is voted “the best movie poster in 2019” by Empire Magazine. Also many of those present were friends who were happy for Captain. Everyone felt the intensity and passion of the fulfillment of this one man’s success as Captain shared that he had always dreamed of being a winning graphic designer and coming to America and quoted the Constitution in his “pursuit of happiness.” Doing what he loved to do from early in his life and just doing things that are happy. It was once said by a Chinese Philosopher, “…if you love what your doing, you will never work a day in your life.” 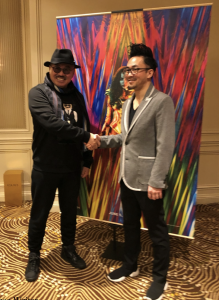 Captain was so proud to be working his dream in America and is living proof that China Dream and American Dream is the same Dream! Many from different related fields of art, writers and Hollywood producers got up to honor Captain. Chris Ho an artist spoke about the graphics and colors that Captain used and how it presented to a world audience. 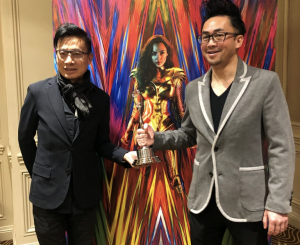 Arthur a writer, actor, artist, bilingual emcee, Vice President of American Hollywood Fil Academy and General Secretary of North American Chinese Writers Association spoke about the striking yet elegance of the Wonder Woman Poster. One of Captains friend is a famous award winning writer from China who came to support Captain in this moment of success who graciously stayed and posed for pictures with people. Angelia a dear friend of Captains walked up next to the poster and literally jumped and yelled WOW! 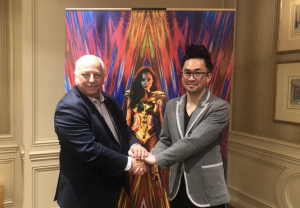 As the Modern Day Marco Polo and a friend, I can truly say that Fong Captain Huang is truly living the Dream in the pursuit of happiness and an example of being a people to people Bridge of Cultural Exchange. Hollywood News Anchor and Royal Prince Mario-Max Schaumburg-Lippe congratulates the winner.