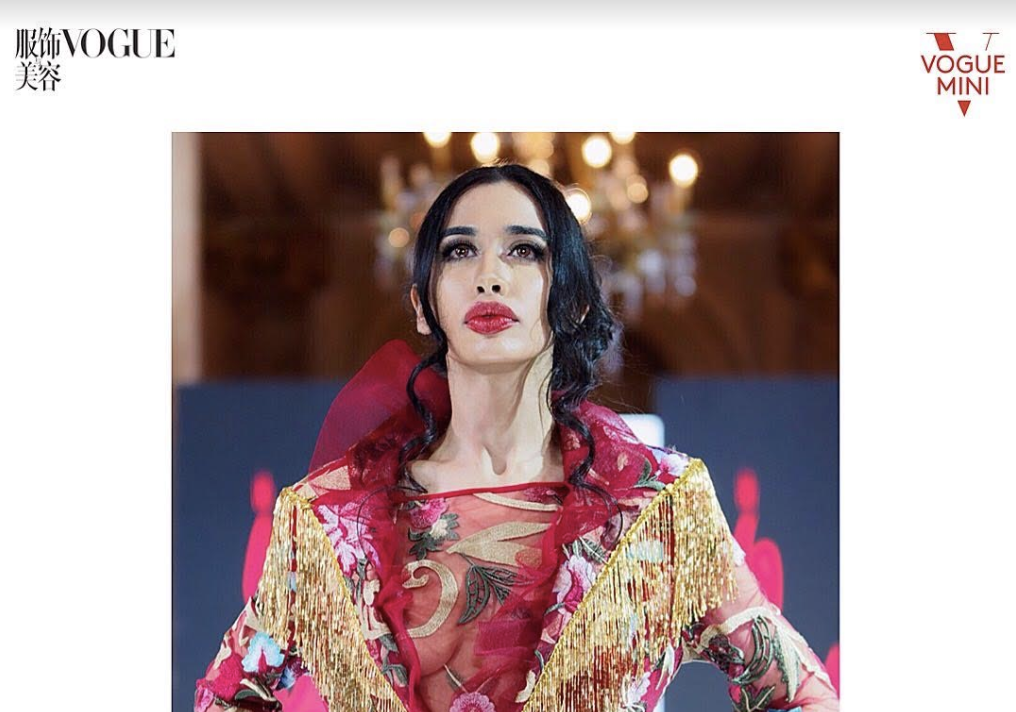 HFPA. The 77th Golden Globe Awards, honoring the best in film and American television of
2019, will be broadcast live from The Beverly Hilton in Beverly Hills, California on
January 5, 2020. This year the Goldens will be flowing Red with several stars wearing
Gowns from the Red Collection from World Famous International Designer Kiki Wang.
When someone has just one name like Kobe they have reached a certain level with the
world’s audience. Kiki Wang is one of those people. Celebrities from around the world
seek Kiki Wang’s Red Gowns and many will be wearing those as the hit the Red Carpet
for the Golden Globes. Dr Mark has interviewed many famous people from around the
world. After being granted a special interview with Kiki Wang he found this one of the
most refreshing interviews he has ever done. Kiki is a bright, beautiful, upbeat positive
person. It only takes a moment with Kiki to see why she not only has famous clients but
most become her friends. Kiki is one of those rare glass half full people who desires to
not waste any time and push to fill the glass. One of those rare people who believe in
the old adage, “…a job worth doing is worth doing well…” Kiki has excelled in
everything she has done. She approached school, career, jobs as a learning
experience, literally as a sponge and always with passion to be the best. 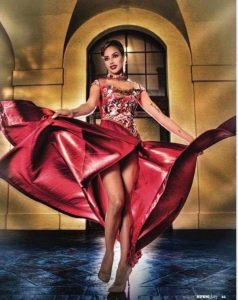 Kiki was born in China and credits her parents for getting good direction as a start in life
and had a dream of being a Fashion Designer. In looking back Kiki notes she designed
and sewed her first clothes for her baby doll when she was six years old. Throughout
her life she has always been geared to art design. Kiki graduated from University with
a degree in Finance and the obtained an MBA from the University of California, Irvine.
She started her job career with AAA University learning to sell insurance and soon developed
her great people skills and even with limited English ability excelled to be number 2 in the company. 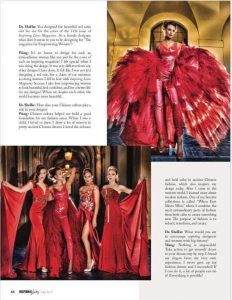 Kiki then worked for Brown-Williamson managing over 300 stores learning Promotional Brand Marketing at the multi-national brand level. Kiki then began to unleash the burning entrepreneur that was always inside her and moved into owning her own Import/Export business and then
as Kiki outs it “took the risk” to start her own fashion company. All her years of learning,
art design and burning desire for The Dream as Kiki says , “it just all came together.”
says, “I want to do something of value. I created my designs to make the people who
wear them look and feel beautiful. “ Kiki is known for the unexpected, sharp and classy
designs weather The Red Collection Gowns or Ready To Ware, they are made to be
comfortable.” Kiki is committed to Brand Quality and uses natural high quality fabric that
make all her designs stand out yet be runway clothes that are wearable for every
person to feel like a celebrity. Kiki states, “the best design come from the heart.” Dr.
Mark says Kiki’s designs are like Grandma’s Chicken Soup. There is love and passion
that comes out of people when they wear Kiki’s fashions.

Kiki’s client list includes US, Chinese and European Movie and Television Stars, Members
of Royal Families from Europe, International Supermodels, Business Women,
Entrepreneurs and Film Producers who seek her fashions to wear, one could easily see
Kiki has accomplished that goal. Kiki’s designs have appeared in all the major fashion
and movie events around the world such as Cannes Film Festival, Russian Grammys,
Chinese and Dubai Film Festivals and at the Oscars. Last Year many of The Black
Panther Actors, Producers, Staff and Crew wore Kiki’s fashions at the Oscars and “after
parties.”

Kiki has many of the top awards in fashion. Best Costume Design in Hollywood. Most
Outstanding Chinese – American Award.

With all her fame and success, Kiki’s greatest goal is one of humble service to inspire
young women to get proper direction, good education, work hard and pursue their
dreams with passion. That is why Dr. Mark has named Kiki, “The Empress of Fashion Dreams.” 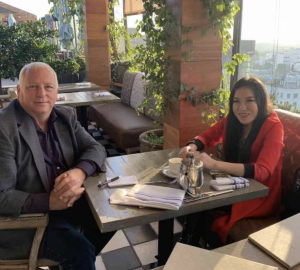