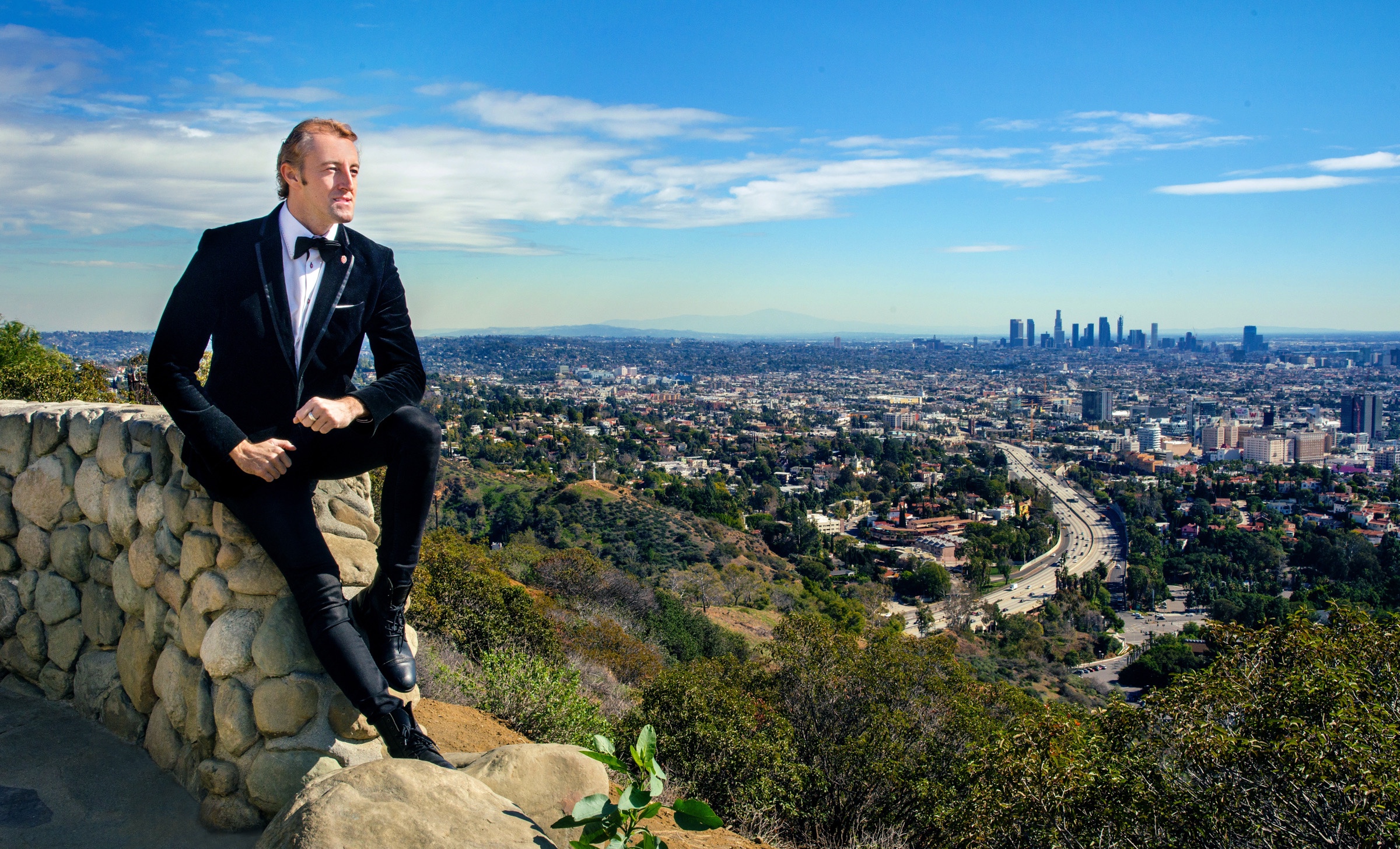 Even with this fairytale ancestry, Prince Mario-Max Schaumburg-Lippe is a truly modern royal man. His friends and fans call him a true sweetheart. His independent working life, outside his parents’ legacy, has a solid base. He graduated from law school, three master degrees and a doctorateand studied acting at Lee Strasberg Institute Hollywood and Dancing at Luigi Broadway Dance New York City. So entertainment met the business world.

As a kid he already performed at Salzburg Festival, the leading classic music festival worldwide.

Since his school days Prince Mario-Max was fascinated by the media and entertainment industry and started to host radio when he was just 16 years old. Then he starred in uncountable global hit shows and became the worlds media Prince being watched by billions of people worldwide. Despite his fame the Prince always maintained his fun, down to earth and lovely personality. That is why he is often referred to as Prince Charming.

He tells us that the most important thing for him is loyalty: I am loyal to everyone around me and expect the same if you want to keep a friend like me!

Exploring other opportunities next to TV, the Prince branched into movie acting and hit the musical stage as a lead in the Broadway musical Pretty Faces and 12 Days of Christmas by former Aaron Spelling Producer R.W. Cabelland lead in the stage Stadium size Production of Dracula. His dancing and musical education was directed by Luigi Faccuito, the inventor of Jazz Dance and Dance Captain of MGM Studios.

As an American media favorite Prince Mario-Max was featured in People Magazine, National Enquirer, wrote a column in the Ask a New Yorker, appeared in Daily News and New York Post. When Dressed to Kilt approached the Prince, he had his runway debute in a show together with Marcus Schenkenberg and James Bond icon Sean Connery.

Multiple highly successful American advertising campaigns have been launched with the Prince: The 2019 National Commercial for GEICO, a subsidy of Berkshire Hathaway by Warren Buffett. An online portal for Microsoft, then Pernod Ricard’s Jameson Whisky, a commercial of Gold and Diamond Source International and the TV and online promotion of Save on Scents, a market leading scent and fragrance company.

His national commercial for Warren Buffet’s Geico Insurance has been seen by more then 1.5 Billion Households and leads the ranking of US Commercials in 2019. The youtube version is at 26 Million audience.  It is budgeted at 20 Million USD.

Wherever Prince Mario-Max appears, his fun, charismatic and royal appearance creates a special moment and massive interest in the media.

His own family history is a royal dream come true. When his mother Doctor Princess Antonia brought up Prince Mario-Max as a single mom after her divorce from a doctor, she married the Royal Prince Waldemar zu Schaumburg-Lippe with his one thousand years ancestry of kings and queens. Becoming a Princess herself also her son Prince Mario-Max received the hereditary title “Prinz zu Schaumburg-Lippe” and became the only son of His Highness Prince Waldemar. That means he will pass on his name and title to his future wife, children and grand-children. Like Prince Daniel of Sweden or Queen Silvia. His father is the direct cousin of Danish Queen Margrethe II. and he is even in succession to the British Royal Throne due to his royal ancestry. His other grandfather, German Billionaire Dr. Carl Roderbourg, founded the multi billion Dollar VARTA battery industries which became a subsidy of Energizer Holdings and the family is still a shareholder in the industrial conglomerate his grandfather founded together with the BMW owners family Quandt.

Prince Mario-Max loves to help others. He is known as a bicoastal New York and Los Angeles philanthropist. He supports children, veterans and people in need and protects animals. One thing he is allergic to: Gossip! For him gossiping is a hobby for unaccomplished people that have no own life topic. Especially when people select his Royal Family as a topic. That can be people who dream of access to the very private family, or it can be an attempt to receive attention by pretending to be ‘in the know’. Even within nobility, or lower ranked distant relatives that can occur, but Prince Waldemar always praises: Noblesse Oblige, and next. That means do not lower yourself into the trash talk circle ever. Therefore we run accurate and authorized social media and web-links of my family, Prince Mario-Max Schaumburg-Lippe states with a twinkle in his eye.

He recently became America’s leading event host: From Bentley Chicago to Las Vegas, Los Angeles Fashion Week to New York City charity events with A-List packed crowds and film festivals, the prince is in high demand. He even opened LA fashion week and flies out every week to host the worlds largest events.

He also states his prime rule and reflects on his work ethics: Never Stop Moving and Rather Hustle Than Chill. Therefore the prince is our favorite Royal and we are honored to report about such a beloved and respected honorable man.

His Highness Prince Waldemar Schaumburg-Lippe, one of the world’s highest ranked Princes adds: I am blessed with such an amazing son. He is working hard, helping others, kind to the world around him and super dedicated. A trues sweetheart and I am proud beyond words can tell to have such an amazing son.

Check out the Prince’s fabulous Royal life and his links: