Professional Colorist Dmitry Litvinov Is A Driving Force In The Entertainment Industry.

The Art Of Coloring. In the highly competitive world of coloring, there are only a select number of internationally established individuals that are trusted to perform color grading and correcting work for top global brands and incomparably successful companies. One such colorist that has
solidified himself amid the highest, top-tier ranking colorists around the world is Dmitry Litvinov, a talented and creatively-adept colorist living in Moscow, Russia. As a result of the extensively praised work and technical skill set that he maintains, Dmitry is regularly employed by accomplished brands, has been accepted into some of the most elite coloring associations around the world, and is setting the standards of what it means to be an exceptional and expert-level colorist in his industry. 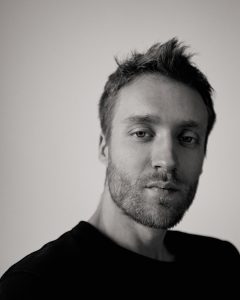 Absolut Vodka Brand. Regarding his specific work products, Dmitry has helped build the brand and shape the aesthetic of various top-selling organizations and their products, such as his work for the Sprite soft-drink company, where he was the leading colorist responsible for the color grading and correcting work of Sprite’s “Soldier, Student” commercial production. The Sprite company is already heavily reliant on its “colorful” advertisements and widely recognized, visual depictions of its signature, vibrant green and yellow colors that have come to define its brand; as a result, Sprite and other similar brands are extremely reliant on masterful colorists like Dmitry Litvinov to complete the required color grading and color correction to effectively relay their brand to intended, broadcast audiences. Another popular beverage brand that has hired the leading services of Dmitry Litvinov is the #2 selling Vodka, Absolut. Dmitry was responsible for color grading and corrections on Absolut’s graphically striking and evocative “We Are Different” advertisement production. Dmitry was responsible for post-production coloring work on the variously staggered visuals of “We Are Different”, which ranged across the color spectrum in order to depict the picturesque lifestyle exemplified by the Absolut brand. Having been employed with companies such as Sprite and Absolut, as well as numerous other profitable brands including Adidas, Apple Music, Samsung, Glamour and Vogue Magazine, Dmitry has become a trusted and authoritative figure in the coloring industry, and has set the bar for other colorists trying to achieve recognition in their prospective fields. 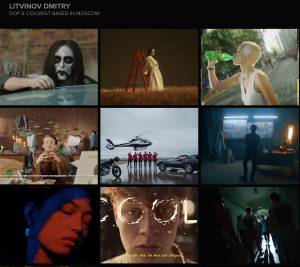 ICG. Dmitry’s work and abilities have been noted by elite coloring establishments, who have asked him to use his professional expertise to catalyze the success and judge the quality of their members’ work. This includes being granted membership to the exclusive Independent Coloring Guild (ICG), an advanced level association comprised of only 50 specialists in the coloring field that requires its members to have achieved and maintained a degree of excellence in their fields. Dmitry Litvinov is a color grading and correcting savant, who has garnered widespread  acknowledgement of his exemplary abilities, and is sure to continue making his distinct coloring mark on productions for multi-billion dollar corporations and businesses. Anyone interested in becoming a professional colorist should check out Dmitry’s other work at: