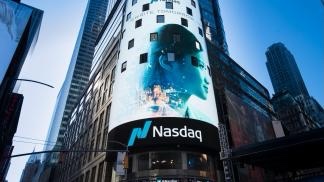 Is The Stock Market and Indicator of a Better Economy Coming?

Just months ago the US Economy was booming and reached all time highs on almost every measure in the modern history of the country. The US stock was recording records week after week and month after month.

Prior to the COVID-19 the Dow started 2020 with a record high over 28,868.80. The Dow Jones average had surged after the signing of the US-China Trade deal and for the first time was over 29,000. Shortly thereafter with the lowest unemployment numbers, job growth and other economic indicators the economy was humming on all 8 cylinders reach an all time high of 29, 568.57 in February.

Then suddenly without notice along comes the COVID-19 virus. Things then were up and down for a few weeks and then came the declaration of a National Emergency. The stay at home sequester with the Corona virus Guidelines and stocks fell like a building exploding with lots of dust and fallout. Shut down the county for safety was a likely a good thing but the result was the economy started to shut down.

People were holding on while the virus numbers began to grow. On March 9 2020 with investor fears began to create a roller coaster record downward fall of 2,013.76 to 23,851.02. on March 11, the Dow closed at 23,553.22 down 20.3%. Then the unemployment claims started coming in at a staggering rate of over 5 million claims. Each week the announcement of another 10 million claims and now up to over 22 million unemployment claims. It became an emergency and it was time for both Congress and the Administration to act.

Congress passed a Phase One $8.3 billion The Corona virus Preparedness and Response Supplemental Appropriations Act and Phase Two Families Corona virus Response Act on March 14, 2020 and stocks began a minor rebound. The administration with its COVID-19 Task Force began to show graphs and the virus trending down and the market began to recover while several mayors held press conferences with positive news.

On March 27, 2020 Congress passed the Phase Three $2 Trillion Corona virus Air and Relief and Economic Securities Act (CARES) the largest of its kind in US and stock market hot up nearly 2,000 points or about 10%. Then with the announcement of a partially scaled reopening the market regained and now as of Friday, April 17, 2020 the Dow Ended at 24, 242.49.

While I’ve taken economic classes in college, have been successful in the business world and am pretty well read, by no means am I an economist. For that matter only during my time in professional sports did I ever invest in stocks. Did quite well but cannot say I know much more than the average guy. I could not tell you what stocks make or don’t make sense. While I know people who invest in stocks, and do day trading, I do not. I always felt the stock market was largely information and emotion driven.

It looks like that has been the case over the course of this corona virus. The Task Force has gotten a lot done in a short amount of time overcoming some of the obstacles and red tape navigating the regulatory agencies. It is clear investors in the market see that we need to bring back a lot of our health industries and suppliers and perhaps manufacturing in related fields will be where the market goes. This is an exceptionally virulent virus and is likely to be hanging around but there seems to be a shift.

We all could use some positive news. Let’s hope there are brighter days ahead. Be well. Stay Safe and keep the faith.