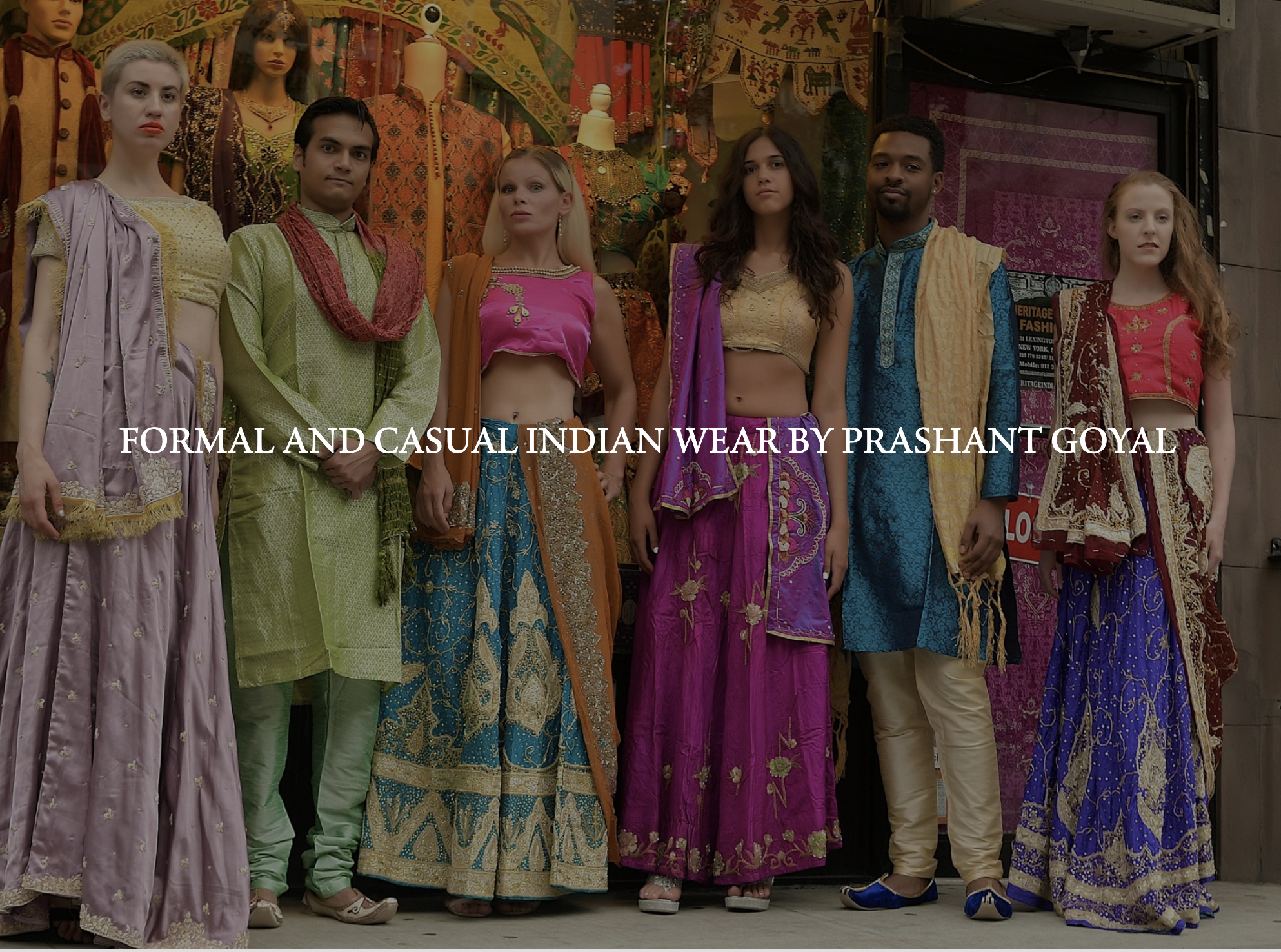 Heritage India Fashions has been a global leader in Indian Ethnic Fashion. From wedding sarees
and lehengas to contemporary Indo-western outfits, the store also has an exquisite collection of
jewelry, traditional wedding accessories, handbags, and footwear. With over a million customers
globally, designer Prashant Goyal has even greater visions for his company.

Clothing and design have always been part of Prashant’s family. In the late 1800’s his family
were wholesalers of rich velvets and beautiful cotton fabrics; fast forward to 1977 when
Prashant’s father opened The Dress Shoppe in East Village, New York. The store sold traditional
Indian designs but also sold other designer clothes in the store. Prashant grew up in the shop,
working alongside his father, whose love for design and fabrics inspired Prashant to work full
time at the Dress Shoppe after going to college to study business management.

“My father was a genius when it came to his eye for fabrics. Whether a rich velvet or a beautiful
silk, he loved color, and that inspired me to created beautiful designs that were elegant and
prompted happiness in the clients that would wear them.”

Prashant took over the family business and, in 2017, opened Heritage India Fashions in
Manhattan, New York. He began focusing specifically on Indian culture and heritage in his
fashion, but incorporating western cuts and styles, creating unique formal designs that could be
worn for corporate jobs and formal events alike.
His bridal and formal wear have intricate, hand-embroidered designs, using threads made of the
precious metals gold and silver, set with gemstones and Swarovski crystals. He has a keen eye
for color, texture, has collected fabrics from the 18th century, the 1920s and 1930s, with a
growing emphasize on fair trade and ecofriendly fabrics.

In his travels through the world, especially when visiting smaller villages, Prashant would be
inspired by the vibrant colors of the local culture, began to collect vintage and rare fabrics. All of
these fabrics are kept in their office in Delhi, where all of their designs are handmade. Prashant
has a team of eight artists that execute his visions before they are sent to a staff that sews each
piece by hand. For the older, rarer fabrics, Prashant creates unique, one-of-a-kind designs. He
uses these, along with silks and organic fabrics, to create designs that are a fusion of western
influence and traditional India formal wear to create beautiful, trendy clothes that appeal to his
wide client base.

His vision has proven to be successful; Prashant has been the headline designer for several
fashions shows, and both his men and women’s formal apparel have published in multiple
fashion magazines. An additional testament is his very loyal base of clients that have come to
rely on his intrinsic, high-quality designs.

Both Prashant and his wife Ruchi, who is the stylist for their clientele, both have an excellent eye
for color and texture, curating an ensemble that enhances both the personality and the skin tone
of each client. Together they have styled an extensive list of Hollywood and Bollywood stars, an
the brilliantly colored apparel can be seen worn on television shows, such as Madam Secretary,
House of Cards, and Quantico. Prashant additionally designed pieces for Disney productions, the

film Eat Pray Love, which starred Julia Roberts, and has designed for several government
officials, including an anarkali gown for Congresswoman Carolyn B. Maloney.
Heritage India Fashions has casual Indian wear, but his line also includes ornate lehengas, sarees,
and anarkalis for women and formal sherwanis and kurtas men for weddings and Indian parties.
In an era where fast fashion has changed the fashion industry, Prashant hasn’t been tempted to
use cheaper materials or cut costs on the employee’s salaries. Instead, he plans to expand the
company throughout the United States, maintaining high-quality designs unique to each store.
Prashant is emphatic: “It’s not about the cost, but the quality. I want each client to know that our
designs will last them for 50 years.”

Heritage India Fashions’ factory is in India, where Prashant stresses the importance of fair trade
for his company, and taking care of their workers, especially in an environment where poor
working conditions pervade the clothing industry.
“Coming from the United States, it was hard to see disadvantaged women or kids without
clothes. There are many factories that don’t care about the condition that the worker’s families
live in, as long as the workers show up to work. I don’t want to see kids on the streets, begging,
or women who are abused, but don’t have the means to leave the situation.”
Prashant had a vision to provide real, lasting support to the workers and their families. He set up
a unique employment contract set up with the workers in his factory. A percentage their income
is to be set aside for school, clothing, and books for their children, and another portion is to be
set aside for the women who are the caretakers of the home.  This system encourages the
employees to have both security and stability that they can maintain on their own.

“It’s a great movement that benefits the families and guarantees there is money set aside for
providing for the women and children’s needs. We originally started supporting eight families.
Now we support over 100 families in India, and we hope to increase that number,” Prashant
states. “Fifteen years later, some of their children have grown up and want to be engineers and
doctors because they can see the possibilities are there for them, too. It is necessary to take care
of the people that work for you.” One of Prashants supporters, Hollywood News Anchor Prince Mario-Max Schaumburg-Lippe adds “i love the style and background of this company”.

Editorial Director Asia at Newstodayworld.org
I am an educator, entrepreneur, passionate writer, and storyteller. Being an adventurer i have traveled to 35 countries, all 50 United States and i feature leaders in government, business, education and entertainment. AKA. The Modern Day Marco Polo.