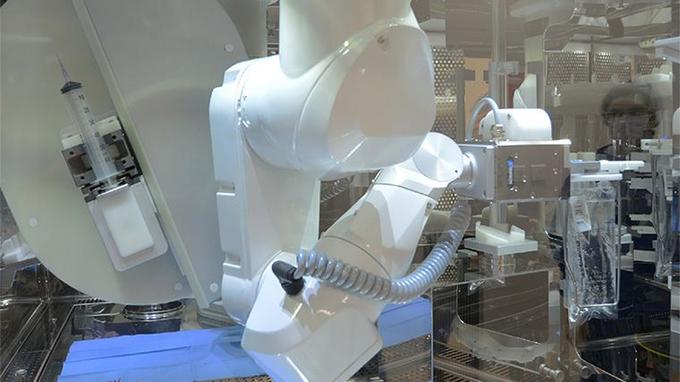 Chemotherapy: an error leads to the death of a child in Gustave-Roussy

An error in the management of the stock of a pharmacy has resulted in a fatal overdose. Organizational difficulties were pointed out for several months by the doctors of the hospital, according to a report from France 2.

A “mistake” in treatment led to the death in May of a child treated by chemotherapy at the cancer center Gustave-Roussy (Villejuif), said the institution, after a report from France 2 involving the organization of the pharmacy released Thursday. “It was a human error of registering a product in the pharmacy stock under a bad reference, which was not subsequently detected during the preparation of the chemotherapy, despite the four existing controls during production,” said Gustave-Roussy in a statement. The Institute “fully assumes the pharmaceutical error that led to the death” and launched an internal investigation, in conjunction with the Regional Health Agency.

The establishment’s pharmacy produces 90,000 treatment pouches each year, 40% of which are automated thanks to two robots installed in January and July 2018. In order to increase the productivity of the pharmacy, “the use of robots is a major gain. in terms of safety for the patient, since the device carries out gravimetric (weighing) checks on 100% of the preparations to ensure that the dose prepared corresponds to the dose prescribed by the doctor to the patient concerned,” said Gustave- Roussy in June 2018.

Robots are valuable allies in the preparation of anticancer drugs. “They weigh, prepare, everything is computerized. This avoids potential errors,” explains Professor Pierre Fumoleau, medical oncologist and general director of Institut Curie (Paris). But they can not be used for all products. For example, “they are not able to adjust very small doses for children. And some very viscous products clog the needles.” The robots must also be set up before use; it is therefore rather reserved for widely used products. Their cost, finally, is important: “A robot costs 500,000 to 600,000 euros.”

Gustave-Roussy also indicates that he has put in place new measures to secure his production. First “corrective computer measures” against the risk of stock management error at the origin of the drama. “Analytical control” by mass spectrometry (analysis technique that allows, very quickly, to characterize the molecules contained in a sample) is also applied to the majority of manually prepared products. “A quarantine area is now home to pockets that must be tested before they are sent to the services, and they can only come out after a favorable return from the control laboratory,” says the institute.

“We must do everything so that mistakes do not happen, but we will never be 100% safe,” pleads Professor Fumoleau. The treatments are indeed all prepared “à la carte”, individually for each patient. “When you are prescribed an antibiotic, the dosage is the same regardless of the weight and size of the patient,” says the doctor. But in oncology, prescriptions are in milligrams per kilogram or, more often, per square meter of body surface area “calculated on the basis of height and weight.” Once reconstituted, the products also have a limited shelf life. The majority have a stability of 12 to 24 hours, but some products have a life of 2 to 3 hours.

Another tool to limit the risk of error is computing. “80% of cancer treatment centers work with software that is the same from the doctor who prescribes to the nurse who delivers, through the pharmacist who prepares,” says the boss of Curie. “It is a very reliable and secure tool. For example, it does not allow to modify upward the chemotherapy protocol decided by the medical team. Because in terms of chemotherapy, says the oncologist, overdose quickly arrived:” In the first trials on the taxotere, toxicities appeared as soon as one went from 100 to 115 mg / m2.

The report of France 2 evokes a letter of doctors from the center sent June 14 to the Minister of Health Agnès Buzyn and the prefect of Ile-de-France Michel Cadot. This letter points out “recurring anomalies in the chain of control of the production and delivery of chemotherapy” for two years and “repeated errors leading to serious consequences”.

From prescription to the monitoring of side effects, including manufacturing and delivery, errors in treatment with chemotherapy would affect 1 to 3% of patients, according to a study published in the Lancet oncology in 2018 by researchers from Boston and Harvard ( United States). After having explored the medical literature from 1980 to 2017, the authors estimate that the errors occur in 1 to 4 prescriptions out of 1000. However, they specify, “the rate of accidents related to errors of chemotherapy is generally lower than that observed in comparable studies on patients in general practice.”

But more than 20 years after the death of Betsy Lehman, a 39-year-old female patient treated for breast cancer in Boston who died in 1994 after receiving a four-fold dose of chemotherapy, “the study of oncology drug errors is still in its infancy,” regret the authors. And this, “despite the risks inherent in chemotherapy and the vulnerabilities of cancer patients.” Children, they say, seem “particularly at risk”, especially because of the frequent drug dose adjustments required by their weight change.