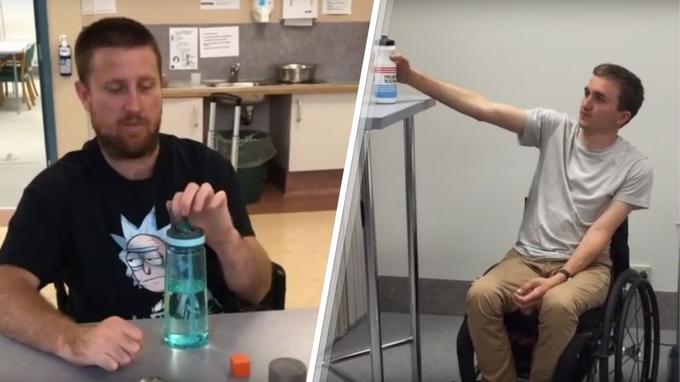 In Australia, 13 young adults who became tetraplegic following an accident were able to regain partial use of their hands and forearms through a new surgical technique.

In Australia, 13 young adults quadriplegic following an accident were able to find part of the use of their hands, according to a study published Friday, July 5 in the journal The Lancet. This feat, which took place at the Austin Hospital in Melbourne, Australia, was made possible by tendon transfers and nerve transfers, a recent surgical technique that helps “resuscitate” broken nerves by connecting them to an intact nervous network.

Accidents on the road or sport

This technique is already commonly used in some cases of brachial plexus lesions (a group of nerves located from the back of the neck to the armpit) and peripheral nerves. But this Australian study is the first to “examine in detail the results of multiple and early nerve transfers in the upper limbs of tetraplegics after traumatic injury to the spinal cord,” according to the authors.

As for tendon transfers, they are usually used to restore certain functions (extension of the shoulder and wrist) in specific cases of spinal cord injuries. This operation involves moving the tendon of a functional muscle to a paralyzed muscle.

Between 2014 and 2018, 16 young adults (27 years old on average) were enrolled for this study. All had suffered less than 18 months before a spinal cord injury that left them paralyzed, either as a result of a road accident, sports (including diving) or a fall. Two patients were lost to follow-up and one died in the first few months of follow-up, unrelated to the operation.

The operation consisted of removing nerves from still functioning muscles above the lesion, and then connecting them to the paralyzed muscle nerves below the lesion to “revive” them. The goal: to restore the extension of the elbow in these patients, as well as the ability to make a pincer movement with the hand and to grasp objects. In total, the team performed 59 nerve transfers. And 8 of the 13 participants also had tendon transfers. The surgical operation was performed soon after the accident, after 10 months on average. The earlier the operation, the greater the chances of success.

Two years later, after intense rehabilitation, the 13 patients who underwent surgery were able to reach out, open and close their hands and manipulate objects, to feed themselves or brush their teeth. In contrast, 4 nerve transfers performed on 3 patients failed. The improvements observed are identical to those obtained with tendon transfers. But the transfer of nerves requires “smaller incisions and shorter periods of immobilization after surgery,” say the doctors, and do not run a risk of rupture, as is the case with tendons. In addition, the transfer of nerves can “resuscitate” several muscles at once, unlike tendon transfers.

“The early nervous transfers are a safe and effective complement to surgical techniques of resuscitation of the upper limb in case of quadriplegia,” say the authors of the study. “Nerve transfers can lead to significant functional improvement and can be combined with tendon transfers to maximize benefits.”

“The message to all the patients in the world who suffer from a spinal cord injury and to all the caregivers who treat them is that it is possible to restore the functions of the hand and elbow,” he said. AFP Natasha van Zyl, a surgeon at Austin Hospital and lead author of the study commented that “for these patients, being able to use one’s hand is the number one priority, before walking or restoring sexual function” This type of intervention “does not restore this function to the level it was before the injury,” however, pointed out a specialist who did not participate in the study, Dr. Mark Dallas from the University of Reading (England) .

Every year, between 250,000 and 500,000 people worldwide become paralyzed as a result of traumatic injury to the spinal cord, half of whom are quadriplegic.

I am the primary content contributor and writer for News Today World. As a man who has had an interest in medical technology and research for my entire adult life, I thoroughly enjoy learning about the latest developments in the medical field and reporting on them for the benefit of our readers.