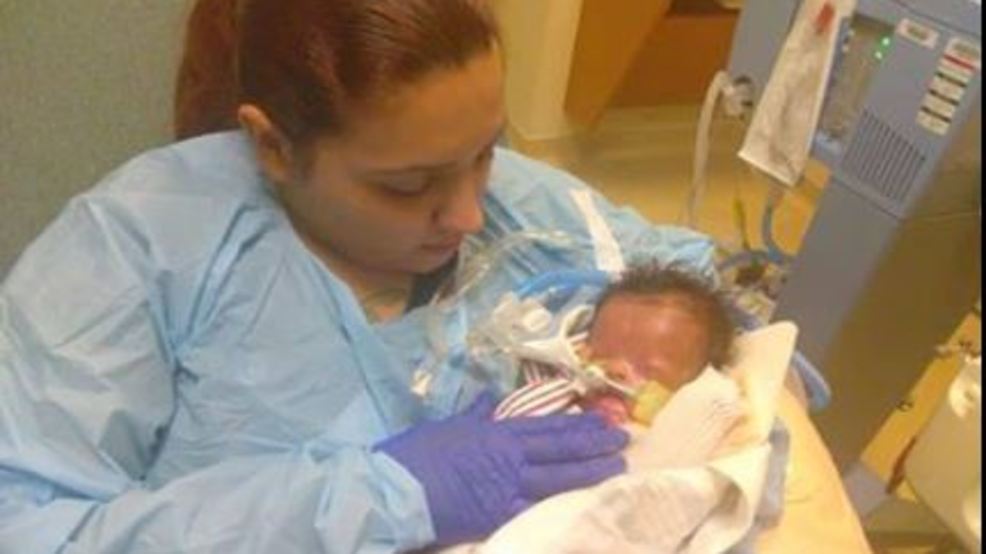 A baby born almost without skin finally receives a diagnosis

The case of Ja’bari Gray represents a challenge for the medical profession. The little boy was born almost without skin in Texas. Several diagnoses have been made to try to understand what he is suffering from. Today, doctors are leaning towards epidermolysis bullosa, a rare genetic disease.

Any young parent is confronted with a mixture of emotions at the birth of their child. For Priscilla Maldonado Gray and Marvin Gray, only terrible fear and misunderstanding came to mind when Ja’bari was born. The little boy was born without skin, except on the head and legs. Three months later, after an emotional roller coaster ride and misdiagnosis, the couple begins to see a glimmer of hope about their son’s health.

Priscilla Maldonado Gray was thinking of leading a third classic pregnancy. Everything was going well until the 37th week when the obstetrician noticed that the baby was gaining weight and did not seem to be developing normally. With his team at the Methodist Hospital in San Antonio, Texas, he made the decision to perform a cesarean section urgently.

“Everything become silent. Everyone expected to be happy right after the arrival of a baby, but they did not tell me anything and they took me back to my room. That’s when I was told what was going on. I was in the greatest confusion, lost. I did not know what was going to happen,” the mother told the channel News 4 San Antonio.

The medical staff was also confused. The infant weighs only 3 pounds (1.36 kilo) and missed a huge part of an essential organ: the skin. Only his head and legs were covered and his eyelids were closed. Doctors then diagnosed aplasia cutis, a rare congenital anomaly. They placed the little Ja’bari in the intensive care unit, under respiratory assistance, and fed him through a tube passing through the nasal passages. They told parents that there was nothing else to do.

But the parents did not give up, and after tough negotiations with their insurance company, they managed to get their little boy transferred to the pediatric hospital located in Texas Medical Center in Houston. It is then that the medical staff realized that the first diagnosis is not correct.

For the specialists of this establishment, Ja’bari is actually suffering from epidermolysis bullosa. This rare genetic condition causes superficial bubbles and ulcerations on the skin that can affect the mouth, esophagus, lungs, muscles, eyes, nails and teeth. In the United States, this condition affects 20 newborns in 1 million. In order to confirm this diagnosis of genetic disease, the couple who already have two children, must pass genetic tests. The results should be known within two to three weeks.

Now 3 months old and weighing 3.6 kilos, the little boy who was born with his chin glued to his chest also has toes, fingers and eyes that have merged. A future surgical procedure must cut the scar tissue and thus release the respiratory tract of the infant. Doctors then consider if the diagnosis is confirmed, to make the skin grafts to cover the parts of the anatomy that do not.