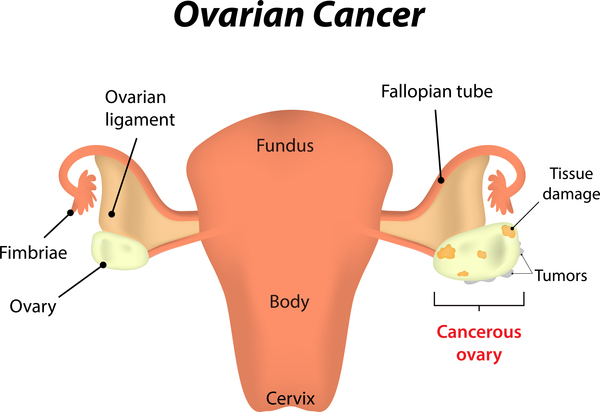 A woman who thought she was pregnant had an ovarian tumor

A woman with infertility problems thought she was pregnant when she saw her stomach swell. But a negative pregnancy test alerted her and she went to the hospital to find that she had two ovarian tumors.

Josephine Clinton is a 49-year-old woman who presented to the hospital with a swollen stomach after a negative pregnancy test. She was actually suffering from an ovarian tumor.

“The belly came from nowhere, in just a few weeks,” says Josephine Cliton at Kennedy News and Media. “I had lost weight everywhere – I had lost buttocks, my legs looked like branches, my arms, my face was very emaciated, but I had that very big belly, it was scary.”

The almost fifty-year-old suffers from an irritable bowel syndrome and is very often thirsty. However, when she consults a doctor he does not diagnose a tumor. It’s only when one of her friends has convinced her to take a pregnancy test that she started to take her symptoms seriously.

Josephine Clinton decides to go to the hospital to be examined. The doctors quickly sent did a CT scan before finding that they had located a mass at the level of the pelvis minor (the area of ​​the body between the abdominal cavity and the perineum). The woman was shocked, thinking she was suffering from irritable bowel syndrome.

Physicians perform a first biopsy, an examination that involves taking a fragment of tissue or organ, using a needle or smear to detect abnormalities or diseases. The woman explains that the doctors drained 7 liters of fluids from her stomach and 7 more during a second biopsy. Surgeons then performed a hysterectomy, a removal of the cervix, on Josephine Clinton.

Fortunately, Josephine Clinton’s biopsy confirmed that she did not have cancer. The woman will still have to be tested every six months to make sure the tumors do not come back. She considers herself “lucky,” she explains.