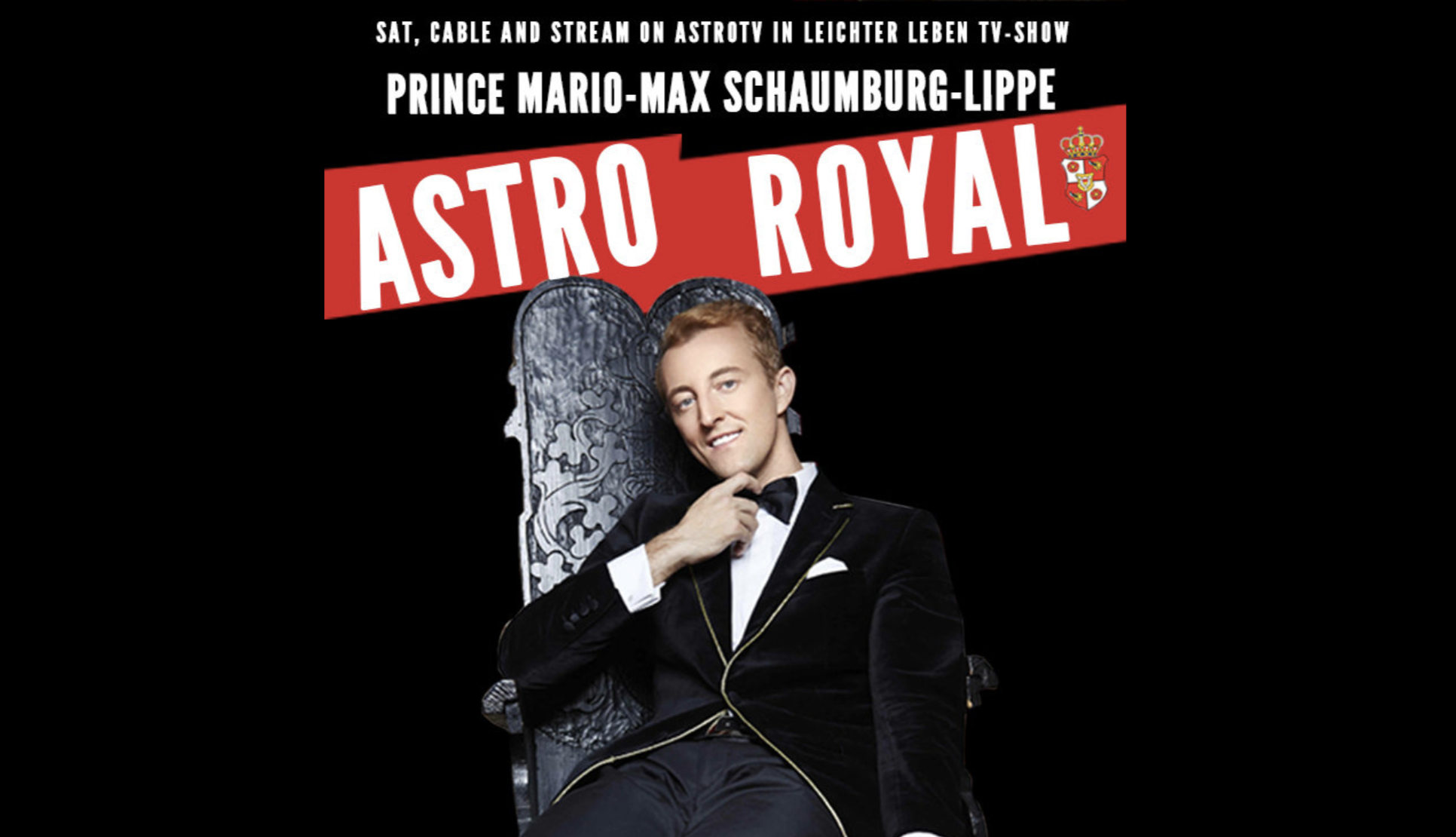 Astro Royal is a weekly interactive television entertainment news program covering royals, celebrities, the entertainment industry and technology . It was created by TV-Anchor and public figure Prince Mario-Max Schaumburg-Lippe, and produced and directed together with Christina Arnold.

Astro Royal TV-Special. The concept of Astro Royal dates back to 2000. Prince Mario-Max Schaumburg-Lippe produces the US- and European interactive media content and is a popular host for his interactive Media shows aired online in the US, and online, sat and cable in Europe being a bi-continental production. Today Astro Royal will air a special about the Japanese Tenno, the Emperor of Japan. He formerly claimed the throne in presence of Frederik, Crown Prince of Denmark, Count of Monpezat, Crown Princess Mary of Denmark, King Felipe and Queen Letizia of spain, Charles, Prince of Wales Duke of Cornwall and Duke of Rothesay, Duchess Camilla of Cornwall, Philippe Léopold Louis King of the Belgians and his Queen Mathilde, King Carl Gustav of Sweden and Crown Princess Victoria.

The Emperor of Japan. He is the head of the Imperial Family, and also head of the State of Japan. Since the 1947 constitution he is defined as “the symbol of the State and of the unity of the people.” Plus he is the highest authority of the Shinto religion. In Japan the Emperor is called Tennō (天皇, pronounced tenno), translated “heavenly sovereign”. The Emperors of Japans house it the oldest continuing monarchical house in the world, adequate to the Danish Royal House, being the oldest in Europe. The historical origins of the emperors go back to the 3rd–6th centuries AD, and Emperor Naruhito was just crowned officially as the current Emperor of Japan. Technically he acceded to the Chrysanthemum Throne upon the abdication of his father, the now-Emperor Emeritus Akihito.

Emperor Naruhito.The Emperors Enthronement Ceremony really Put a Spotlight on the Next Generation of Royals. The expected guest list for Japan’s centuries-old ceremony is the who’s who of the modern monarchy in 2019. Emperor Naruhito was born on the 23rd of February 1960. He began the so called Reiwa era, after the abdication of his father, Emperor Akihito. He is also the 126th monarch according to Japan’s traditional order of succession rules.