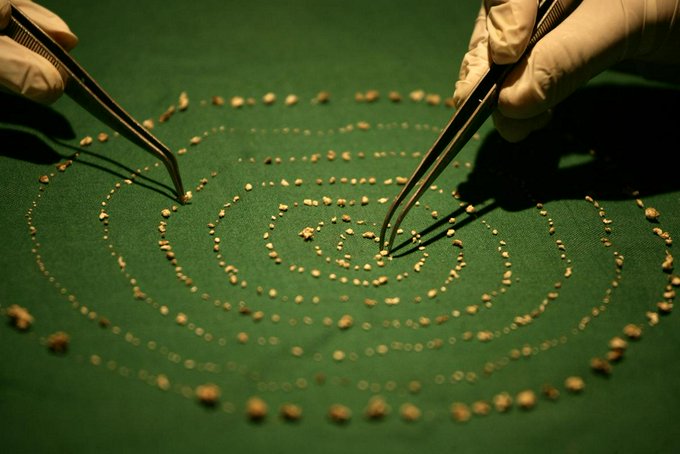 At the end of an operation lasting 5 hours, a young boy was removed from a benign tumor that contained 526 teeth. An absolute record, according to the doctors who operated on him.

In Chennai, a coastal city in south-east India, dentists were surprised to find 526 teeth in a protrusion on a boy’s jaw aged 7, as reported by several Anglo-Saxon media. At this age, children normally have only 20 baby teeth (adults have 32). The little boy, who was suffering from an odontoma (a rare benign tumor), has since been operated on and is doing well.

Alerted by a painful lump in their son’s lower right jaw, the boy’s parents took him to the Odontology Department at Saveetha Hospital. Medical imaging examinations revealed the existence of a pocket full of teeth in the jaw of the child. “It was a benign tumor that we removed and in which we found encrusted hundreds of teeth,” said Dr. Senthilnathan of Saveetha Hospital.

At the end of a 5-hour surgical procedure, the doctors managed to extract 526 teeth for a total weight of 200 grams. These teeth measured between 0.1 and 3 millimeters long, according to the Reuters News Agency. Three days after the operation, the boy was able to return home. From now on, he has “only” 21 teeth, a number more conventional for his age. According to the doctors, this is a medical record. In 2014, an Indian game was removed 232 teeth.

Examinations revealed that the boy was suffering from an odontoma. This benign tumor, which most often takes root in the upper jawbone, is “characterized by its slow growth and non-aggressive behavior,” described in 2013 Dr. Helena Salgado, a doctor at the Porto Hospital in Portugal, when presenting a similar case.

In the case of this child, it was an odontome called “compound”. Specifically, the small structures found in the boy’s mouth had all normal teeth (a crown, a root, enamel). But sometimes these tumors give blocks whose shape and structure have little to do with a tooth.

The origin of the illness of this young boy could not be identified. In general, the cause of these tumors is unclear. “This may be due to primary dental trauma, as well as inflammations or infections, genetic abnormalities, odontoblastic hyperactivity (when too much enamel is produced in the mouth, Ed), or alteration of genes responsible for the control of dental development,” explained Dr. Helena Salgado in 2013.

Dentists stress the importance of early detection and treatment of this rare disease that most often occurs during childhood and adolescence. “Early diagnosis of odontomes in the primary dentition is crucial to prevent further complications,” said Dr. Giovanni Matere, a dentist at the University of Messina, Italy, in a scientific article published in 2017.